Your Guide to Wine Selection, From Crowd-Pleasing Varietals to Healthy Considerations 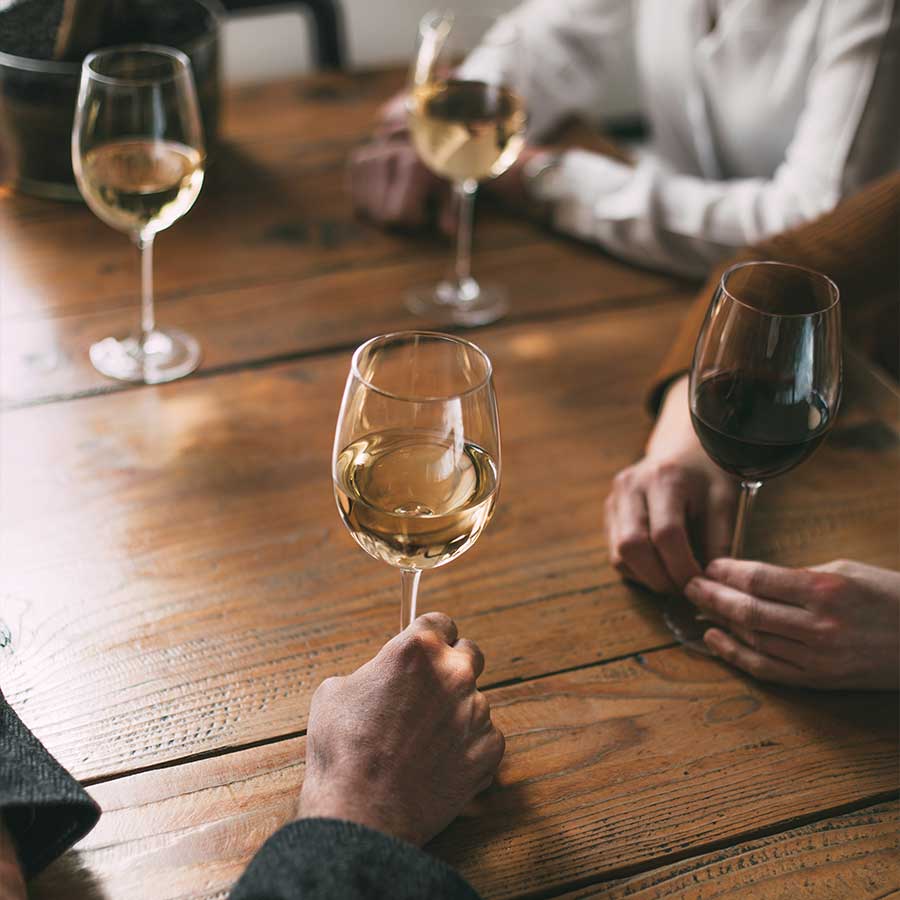 Selecting a wine can be intimidating, but Zoomer contributor Kim Hughes says "the wine you like and can afford is the best wine for you." Photo: Studio Firma/Stocksy

Ah, wine. So many attributes, so little time. Among its least desirable qualities — apart from its ability to decimate the morning after the night before — is this: Wine makes people nervous. They worry about bringing or serving the wrong bottle, sounding dumb asking a question in a shop, or that consulting a sommelier in a restaurant will result in being served something wildly expensive they won’t appreciate.

Yet here’s the thing I’ve learned after interviewing experts, writing about wine and, especially, selling it at the retail level since 2014: There are no rules.

There are so many aspects to winemaking and wine tasting and wine pairing — all of which are arguably as subjective as your taste in music or film — that there is never a definitive answer as to which is the best wine or the most value for the money. The wine you like and can afford is the best wine for you. Adopt that as a guiding principle, and you’re set.

That said, here are some practical considerations, as well as tips for novices.

If you’re bringing wine to a party, or hosting one, and are unsure what people like, opt for Pinot Grigio or Merlot. Quality varies from bottle to bottle, but these two varietals are generic. People love or hate Chardonnay and Shiraz, but I’ve never met anyone who flat-out loathes Pinot Grigio or Merlot — the classic movie Sideways notwithstanding. At their worst, they’re meh.

Here’s another tip. If you identify as “ABC” — a cheeky acronym for “anything but Chardonnay” — try Chablis. Yes, it’s made with Chardonnay grapes, but it’s crisp. What people mostly hate about Chardonnay isn’t the grape, but the woody, vanilla impact of the oak it’s aged in.

The amount of residual sugar in wine — that is, the sugar that remains after fermentation has stopped — is an important consideration and should be policed with the same vigilance as the amount of sodium in packaged food.

More sugar means sweeter wine, which is to some people’s taste, but, as with most things, less sugar is usually better, since consuming too much has been linked to a host of health issues. Doubters may consult Salt Sugar Fat, the 2013 bestseller from Pulitzer Prize-winning investigative reporter Michael Moss.

Sugar is measured in grams per litre, so if a bottle of wine has 3 grams per litre, and you’re drinking one serving — defined as a five-ounce (145-mL) glass — you’re not ingesting that much. Dessert wines such as ice wines are the exception, as they can contain as much as 200 grams per litre, but they are usually consumed less frequently and in smaller amounts.

Winemakers don’t have to divulge calorie counts on bottles, but residual sugar adds calories on top of what alcohol already contains. (The Dietitians of Canada estimate there are 100 calories in one serving of wine with 11.5 per cent alcohol.) There are low-sugar and no-sugar wines, but they seem gimmicky when you can find a lovely French or Chilean Sauvignon Blanc with 2 grams per litre for under $20.

Most wine retailers post a wine’s sugar content online or on the shelves, even though alcohol doesn’t usually require nutritional labelling. It’s possible to find sweet Cabernet Francs and Viogniers, but these are two examples of reliably drier varietals, while Riesling, Moscato, Baco Noir and Lambrusco are often sweeter. A popular Australian Moscato available at Ontario’s LCBO, for example, contains a whopping 64 grams per litre.

And if you think all rosés are super sweet — I’m looking at you, Mateus – get over it. Whether from Provence or Niagara, bone-dry rosés are glorious, complex and every bit as food friendly as their white and red cousins, and can be served with dishes — like fish and meat — that traditionally call for white or red.

There’s another reason to choose drier wines: They contain fewer sulphites, and reds typically contain fewer than white. These naturally occurring chemicals, found in the human body as well as in wine, beer and some food, are also approved additives used to maintain colour, shelf life and prevent bacterial growth.

In Canada, any wine with more than 10 parts per million must say it contains sulphites on the label, since some people are sensitive or allergic to them. American bloggers Madeline Puckette and Justin Hammack note, in their comprehensive 2018 book Wine Folly: The Master Guide, that most wines contain between 50 and 150 parts per million (ppm), while a can of pop has 350 ppm. The authors also bust the myth that sulphites alone cause headaches. Dehydration is cast as a bigger culprit, with the authors and other experts advocating one glass of water with every serving of wine. That may also help you drink less, thus ingesting fewer calories. Those who have sulphite sensitivities or allergies might want to seek out organic wines, which are less likely to contain added sulphites.

Puckette and Hammack’s book is packed with wine facts and trivia, pairing suggestions, information on buying, decanting, serving and cellaring, plus breakdowns on varietals, wine-growing regions, cooking with wine, and much more. The 2021 book Wine A Tasting Course: From Grape to Glass, by American sommelier Marnie Old, is also highly recommended reading.

Plant-based menus are gaining traction in restaurants and home kitchens, for reasons ranging from health to climate and cost to ethics. As with meat dishes, pairing wine with vegetables should take into consideration acidity, fat, salt and sweetness in the food.

A larger issue is that, despite being made from grapes, some wines are made with filtering or “fining” agents such as casein (milk protein) and egg albumen (derived from egg whites). Although these are removed before bottling, using animal byproducts may unsettle vegans. In any event, vegan wines are almost always labelled as such, and typically aren’t any more expensive.

In wine, as with anything, a little research goes a long way. But don’t let anyone tell you your wine choice is wrong. Just as my Nickelback could be your Mozart, my swoon-worthy quaff could be your swill.

It’s all a matter of taste.

A version this article appeared in the April/May 2022 issue with the headline ‘Wine Not’, p. 78.

The Best Wine, Eats and Stays on a Napa Valley Tour