Drink & Dine: Give Thanks for Versatile, Easy-to-Pair Wines 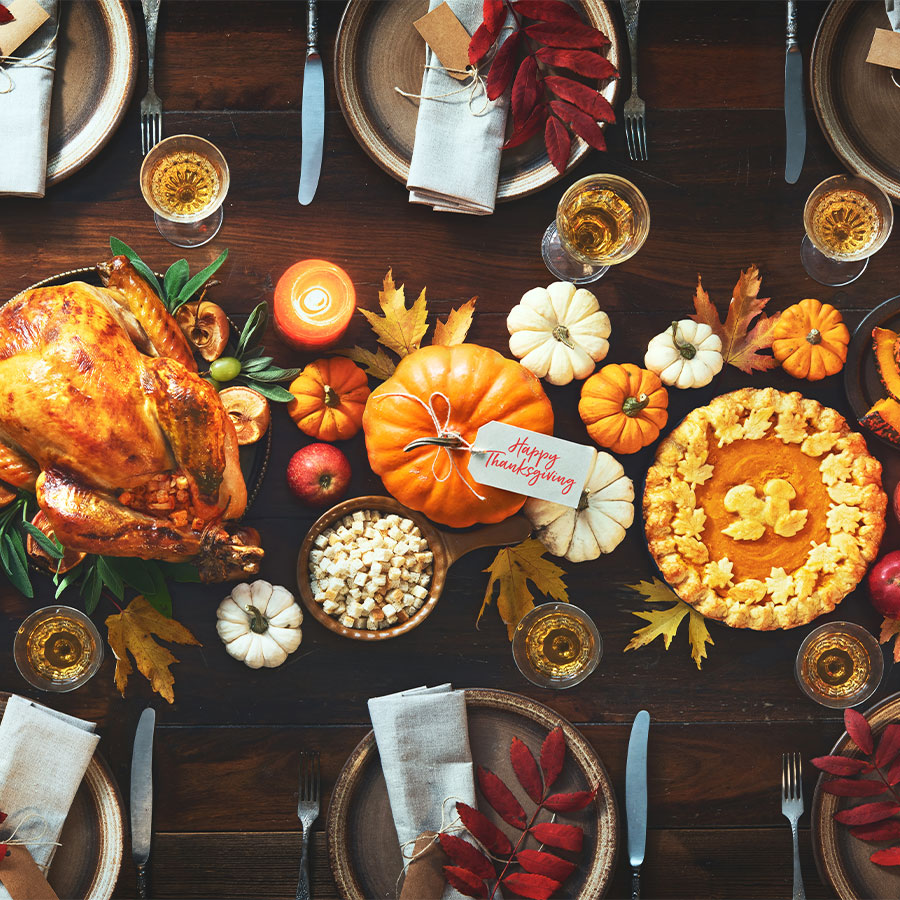 Whether you serve white or red, these six varietals will work beautifully with just about anything, from turkey to tofurky to squash risotto, pumpkin pie, sage stuffing, scalloped potatoes or tangy mixed greens. Photo: AlexRaths/Getty Images

Any reason to break bread with friends and family is worth celebrating. And Thanksgiving, despite its somewhat fraught connection to colonialism, is nonetheless a nationwide holiday focused on togetherness and gratitude — virtues we can all agree are worth toasting. It is also the only official long weekend in autumn, and it’s non-denominational.

While Thanksgiving is a much bigger deal to our American cousins, Canadian Thanksgiving is our own, typically understated special occasion. Of course, even within this rarefied milieu, traditions vary. For anyone hosting or attending a Thanksgiving dinner, the question of what wine to bring or serve can seem daunting, beholden not only to menu and budget considerations but also to the whims of the crowd.

As we’ve noted in this space before, some wines are more versatile than others. If ever there was a time to put that concept to the test, it’s Thanksgiving where even the most “traditional” of spreads — say, roast turkey, stuffing, cranberry sauce, mashed potatoes and glazed carrots — contain contrasting elements of sweet, savoury, salty and umami. A gargantuan, spicy Shiraz or acidic, apple-y Riesling will do you no favours here.

Similarly, plant-based meals predicated on things like tofurky roasts or ham-style roasts (both are stupidly delicious, by the way) can also present similar contrasts, involving as they do many of the same components as traditional turkey dinners, such as mashed potatoes, cranberry sauce and roasted vegetables.

And then there’s the potluck dinner, which, while offering a smorgasbord of choice, represents even more of a minefield for would-be wine geeks teeing their fellow diners up for success, since you’re essentially operating blind. Just because someone said they are bringing salad doesn’t mean they will. Or salad could mean hearty bean salad when you were expecting tangy mixed greens. And that’s the host talking; potluck guests are usually completely in the dark.

This is where versatile varietals save the day. Whether you bring white or red — or better yet, one of each — these six varietals will work beautifully with just about anything, from turkey to tofurky to squash risotto, pumpkin pie, mashed turnip, sage stuffing, scalloped potatoes … or hearty bean salad and tangy mixed greens.

And remember, you can always skirt the issue completely by bringing a bone-dry sparkling to deploy as part of a welcoming toast. No one in their right mind pooh-poohs pre-dinner bubbly.

Chablis: The crisp, softly fruity notes of chilled Chablis are divine alongside turkey or tofurky as well as just about anything else on the holiday table, from soft or hard cheeses to apple pie. Oaky Chardonnay is also divine but comes with the caveat that you need to know your audience. Some people really hate Chardonnay … or think they do, though mostly, it’s not the grape itself but the process of oak aging — which imbues those woody, buttery, vanilla notes — that inspire loathing. Chablis, though made of Chardonnay grapes, has none of that. Even so-called “ABC” folks (an acronym for “anything but Chardonnay”) will usually enjoy Chablis.

Viognier: Beautifully aromatic and whisperingly fruity, Viognier is like Pinot Grigio’s more sophisticated big sister, with greater depth of flavour and complexity. It also lacks the astringency and grassiness of Sauvignon Blanc, which would steamroll savoury stuffing and clash with acidic vegetables like tomatoes or cabbage. A well-balanced Viognier is a revelation, and a very versatile wine indeed.

Pinot Gris: Arguably the most neutral of white whites, Pinot Gris or Pinot Grigio (basically the same grape but cultivated in different regions) is the white that nobody hates, nor does it typically inspire knock-kneed devotion. Easy-drinking, light, delicate and absent big, bold flavours, it works with anything you’d reflexively pair with a white, from fish to fowl, mussels to shrimp, quiche to cupcakes.

Gamay Noir: Candid sommeliers will confirm that Gamay Noir is the one wine that absolutely, positively pairs well with everything. Now you know, too. Yet this subtle, low-tannic, light-bodied no-brainer — something of a gateway red for those slowly expanding their palate — is far sturdier than you might imagine, so while it won’t overwhelm poultry or soy-based meats, it also holds its own against ham with cloves, roast beef or earthy, savoury mushroom dishes. And it serves well, slightly chilled.

Pinot Noir: All of the above, plus very good Pinot Noir can be sublime with a much longer finish than Gamay Noir and more pronounced flavours of wood, smoke, cherry and berry. New Zealand, Oregon, France, and even Canada produce exceptional Pinot Noirs; ask a wine merchant about which recent vintages were best in each region. Niagara-Region Pinot Noirs from 2020, for example, are lovely now and will be swoon-worthy a few years from now.

Merlot: Like Pinot Gris, Merlot is neutral. Apart from that dude in Sideways, no one really hates Merlot; there just isn’t enough there to get worked up about. That said, a juicy, dry Merlot can elevate foods you’d instinctively pair with red — such as sharp cheddar or meaty dishes — without stealing the show.

Drink & Dine: For Many, Autumn Means a Return to Reds

7 Books About Families to Read at Thanksgiving