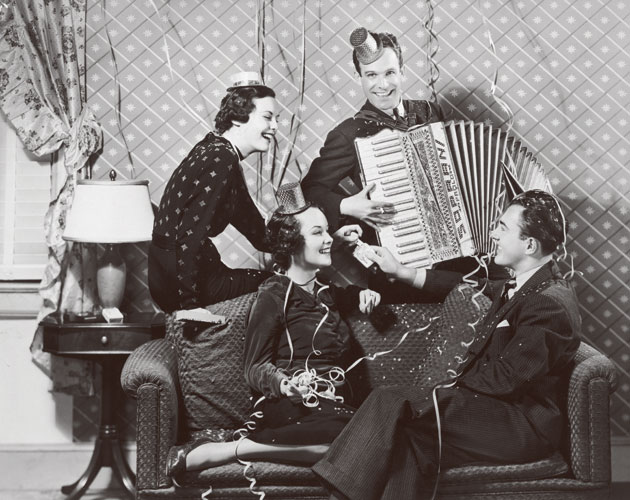 One of the enduring faces of Toronto and the first female concierge of a hotel in Canada in general, Liloo Alim greeted guests at Yorkville’s Four Seasons Hotel for 39 remarkable years. We spoke to her just as she was hanging up her dancing shoes and retiring from her post in 2017.  Her tips and insights, though, are as relevant as ever.

Been there, hosted that: the ever-charming Liloo Alim is nothing if not a people-expert. Sussing out the knowledge she has built over her years in the hospitality business, we asked her just after her retirement in 2017 to give us tips and observations about the art of holiday entertaining, applying everything she’s learned in the wonderful world of luxury hotels.

Without listening to people’s needs, you really can’t do your job (as a concierge). That’s the primary job – “Sometimes you’ll have a husband and a wife standing right in front of you, not agreeing. You can end up mediating – tell them the pros and cons, coax them by asking the right questions to guide them into reaching their decision – but never telling them outright.” Even within a family, Alim relates, there can be a canyon of age differences, not to mention diverging interests. Listening as a host is key. Moreover, “paying attention, in general, is the job of the host” – something that can be applied to knowing when/if people’s glasses need to be refilled, if they’re too hot/too cold or if they’re just looking for a break from an activity.

2. Rely on your five senses

Touch, taste, smell, sight and sound are all-important, so make sure they’re all considered when you have guests coming over. At the Four Seasons, there is a paramount importance put on an array fresh flowers, for instance – with the flowers being “looked at and watered, every day. Touch ups!” (Though it is critical not to go overboard with the perfume or use scented candles, either, in that it can mess with the taste of the food.) Lighting, similarly, is “very, very important … after a certain time in the evening, put out all the candles.” The music should change, too. Neither too loud nor too soft – if it’s too loud, people can’t talk.

As Canada’s top concierge, she made it important to share information, knowing that it only reflects well on her if the whole team had the intel she did and had the same contacts. “If they look good, you look good.” In a bigger party setting, the equivalence is making sure you take the time to properly introduce everyone to everyone else. It’s an obvious thing, but too often something a host misses.

People freak out about entertaining because they want it to be just right. The reality? Nobody knows what your expectations were. People play off your energy and your ability to adapt (even if you burned the rolls). During Alim’s nearly four decades at the Four Seasons, she has found that people have generally gotten more casual about things, something that can even start with the tone of invitations themselves. “At the hotel, we even started communicating by chat … and we have 90 seconds to respond, even to just acknowledge we just received their message.” Acknowledgement is everything, to the extent that they’ve even dispensed with the Mr. and Mrs. honorifics in that context. “Take the lead from how your guest is talking to you,” she says.