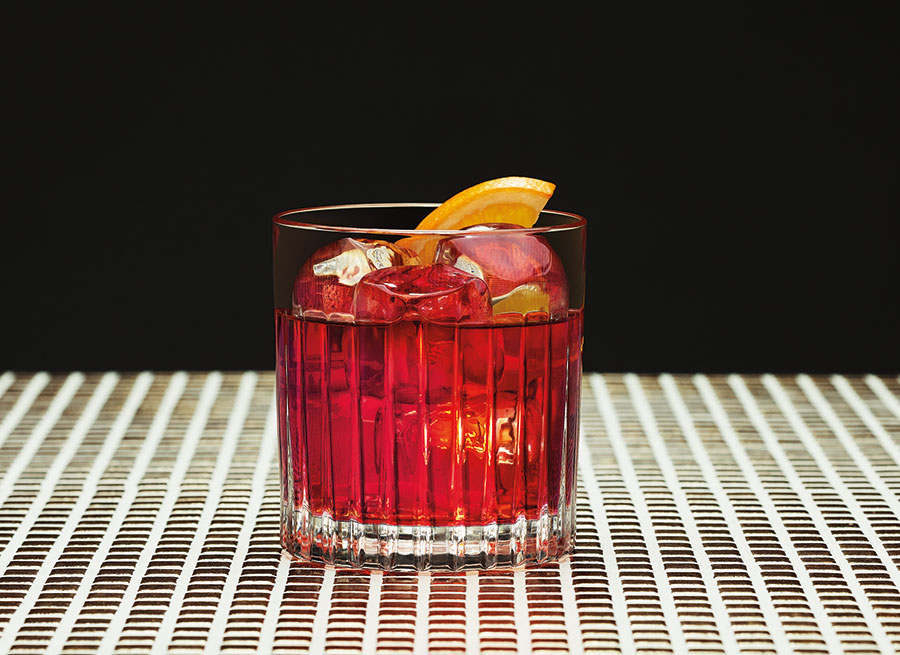 This Saturday June 13 is World Gin Day, and many of us may think Gin and London — most likely because London Dry is one of the most popular distilled gins out there (it goes with just about everything, but we say a lemon or lime wedge will do).

But then there’s HM Queen Elizabeth II — whose official birthday this year falls on World Gin Day —  who has been known to take a gin tipple of her own on a daily basis. Her Majesty’s favourite is gin and Dubonnet, sometimes simply referred to as the Queen’s Cocktail. And like the Queen herself, it’s a fairly low maintenance tipple: take 2 parts Dubonnet to 1 part gin and shake them up in a cocktail shaker filled with ice and stir until nice and cold. The chill is the secret! Then, put two large ice cubes into a fancy rocks glass, strain the Dubonnet and gin mixture over the ice, and add a lemon wedge for good measure.

Toast the Queen while she’s at Windsor Castle this weekend, or take a trip with us to the origins of some of the most iconic gin cocktails on the planet.

We’ve travelled around the world and discovered a few secret recipes that we’ve asked our favourite bartenders to share. Armchair travel, dream and sip now; head to these wonderful destinations later. Cheers!

The Singapore Sling was created at Raffles Singapore at the turn-of-the-last-century by Hainanese-Chinese bartender, Mr Ngiam Tong Boon.

Originally, the Singapore Sling was meant as a woman’s drink (hence the attractive pink colour). Today, it is very definitely a drink enjoyed by all, without which any visit to the infamous Long Bar at Raffles Singapore is incomplete – and don’t forget to grab a handful of roasted peanuts. At the Long Bar, bags of unshelled roasted peanuts are always on tap, and it’s not unusual to hear the crunch of the shells underfoot, as that’s where most habitués casually toss them.

A Dash of Angostura Bitters

Mix all ingredients in a cocktail shaker with ice. Shake, then strain into a tall glass. Garnish with pineapple and cherry.

Rumour has it that about 100 years ago, Count Camillo Negroni of Florence, Italy, asked his bartender friend, who was mixing them up at Caffe Casoni, to take his favourite cocktail, the Americano, up a notch. Soda water was replaced with gin, and a star was born.

Pour all ingredients directly into a rock tumbler glass filled with ice.

Garnish with a slice of orange.

England and India: The Gin & Tonic

Officers stationed in India with the British East India Company in the early 19th Century had been drinking a bitter compound of quinine to help battle the mosquitoes. But the taste was less than appealing. To it, they added water, lime, sugar and gin. Pip, pip indeed.

A lime wedge or two

Fill a copa or balloon-shaped glass with ice and pour gin over ice. Add tonic water and stir. Garnish with lime wedges.

An oldie but still a very goodie, this drink was said to have made its first appearance in 1876, in The Bartenders’ Guide, by Jerry Thomas, considered the father of American mixology.

In a highball glass, add ice, then follow with Tanqueray No. 10 and lemon juice. Add soda and garnish with lemon wedge.

When Social Lite introduced its RTD Vodka Soda in 2014, it was a game changer. It had zero sugar and clocked in at only 80 calories. Sure, you may think it’s a girly drink, but it comes in at about 4 % alc/vol., so about the same as your favourite beer.

This year, riding the renewed popularity of gin, the company is launching Gin Soda. It has the same DNA, zero sugar, zero carbs, has only 100 calories and just a slightly added kick, at 5% alc/vol.

Libations: A Guide to Cocktail Bitters