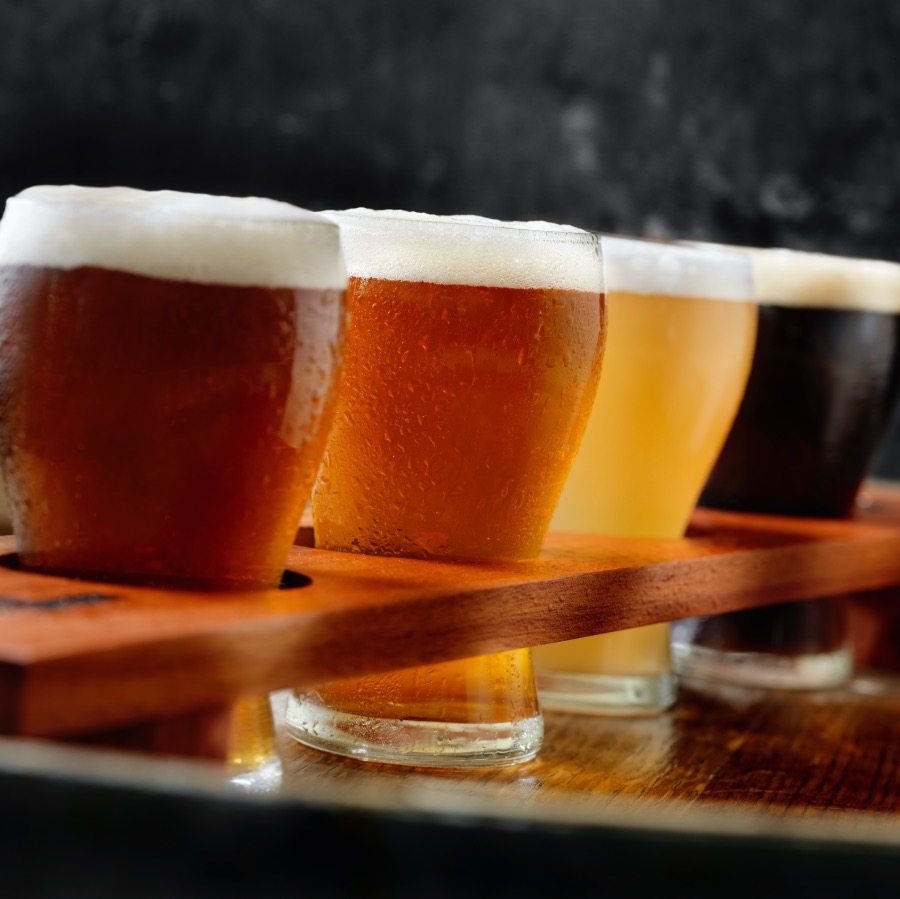 There’s really nothing more Canadian than kicking back and cracking a cold one – whether it’s on the dock or watching the hockey playoffs. But sometimes we like to shake it up a bit. Lucky for us, there are a few creative things brewing in the “brewski” aisle.

And one of those things is the influence of a European favourite, the radler. Similar to a shandy, the radler is usually about two parts beer mixed with one part lemon or even grapefruit. The news is that brewmasters are now looking at other fruity flavours — lime, orange, strawberry — along with a hit of herbs and spices as well, like rosemary or vanilla.

But it’s not just our favourite five per cent alc/vol beers that are getting in on this juicy idea. Low- to no-alcohol beers, sparkling waters, iced teas and ciders are all sweet on fruit infusions.

So, allow us to introduce you to a few fresh takes on your cold one in a can.

The Classics With a Twist

Last year, the brewing giant produced by Molson’s brought us Coors Slice Orange and had fans of citrusy beers such as Blue Moon a little bit happier. This year, the company has added Coors Slice Lime to the roster. Same clean Coors taste, but with a hint of lime, these flavoured lagers have 4.2 per cent alc/vol in a 473 mL can with about 215 calories.

Apparently, the Budweiser brand brewed by Labatt couldn’t keep this sweetie on the shelves across Canada when it first launched, but now this lager is back and is currently the reigning favourite across the Bud Light lineup of beers. This radler/shandy style brew has four per cent alc/vol and about 200 calories in a 355 mL can.

Something in the Water Brewing Co.’s Lee River Blackberry Vanilla sour is the debut beer of this company with a rather cheeky name. Produced by Syndicate Brewing in Niagara Falls, the sour is infused with blackberries and vanilla and clocks in at 4.9 per cent alc/vol in a 473 mL can. Something about the can’s fish with a walking stick logo design reminds us of the Mr. Peanut logo, but hey, that’s something to also smile about.

When Partake Brewing founder Ted Fleming was diagnosed with Crohn’s disease, he had no choice but to give up alcohol. But necessity is the mother of invention and now the Calgary-based company produces a craft non-alcoholic beer, but with only 10 to 30 calories and 0.3 per cent alc/vol per can. But that’s not all. The low-carb option comes in many styles: Pale, IPA, Blond, Stout and new Red. And the immune-boosting polyphenols created through the brewing of hops, barley, wheat and other vegan ingredients is said to also have an anti-inflammatory effect.

Since we’re sort of on a health kick here, how about a sparkling water that has a richer flavour than, well, sparkling water that’s also fruit-infused? Vyne Botanicals, made by the Molson Coors beverage company, is infused with premium hops and a blend of botanicals. Hops naturally contain flavonoids, adding antioxidant, anti-inflammatory and anti-bacterial agents to the simplicity of sparkling water. The combination of hops and botanicals — adaptogens, or plants and herbs that can help combat stressors — result in the ability to calm and soothe our bodies and our minds. The water comes in citrus, herbal and floral flavours, is vegan, calorie- and sugar-free and certified organic.

Another better-for-you alternative with low or no sugar and infused with a pinch of fruit? Perhaps, but these two made-in-Canada brews are also doing a bit of socially responsible good, which makes us feel good, too.

Cider is an alcoholic brew made with fermented apples. (Fermented foods are said to be good for your gut health, too.) The cider masters at Stock & Row have launched Cold Tea cider, with zero sugar (and just a hint of stevia, a natural sweetener derived from the plant of the same name, with zero calories), black raspberry tea (healthier in a can: black tea ups the antioxidant factor!) and apples grown in Ontario, naturally. In the works: Stock & Row’s own orchards in Prince Edward County along with a cidery/tasting room. And we have to give these guys kudos for donating more than a month’s worth of proceeds to the hospitality industry during COVID lockdown. Stock & Row managed to raise more than $10,000.

Yes, we said coffee leaf – brewed as a tea. According to Max Rivest, founder of the no-alcohol Vancouver-based Wize, “Ethiopians have been consuming Coffee Leaf Tea for hundreds of years before they ever roasted the bean. The tea is actually the traditional way to consume the plant – the locals always touted how nutritious the leaf is.” Sourced sustainably from single-origin Nicaraguan plantations in support of Nicaraguan farmers in the off-season of coffee bean harvesting, it’s also a lighter caffeine alternative, as at 35 mg/can, it’s the equivalent of ¼ cup of coffee). The tea – and here’s the fruity part – comes in grapefruit, mango or original flavours, is plant-based, with only one gram of cane sugar and 10 calories per can.