Elvis Presley to be resurrected as a hologram 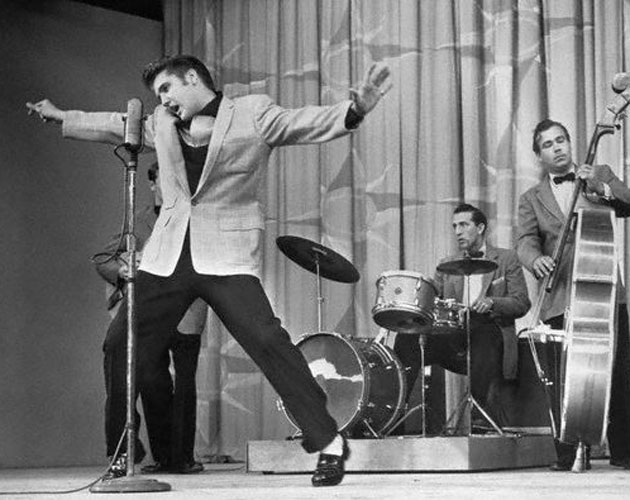 Digital Domain Media Group – the company that won an Oscar for creating a completely believable computer-generated human – and CORE Media Group have announced an exclusive deal to jointly develop, produce and own a series of “virtual” Elvis Presley holograms to be used in performances on television, film and on stage around the world.

Holograms have become a buzz word lately, after DDMG created a computer generated version of deceased rapper Tupac Shakur to perform with Dr. Dre and Snoop Dogg during the Coachella Valley Music Festival this past April.

In a statement to the press, Elvis Presley Enterprises President and CEO, Jack Soden had this to say about the new development:

“This is a new and exciting way to bring the magic and music of Elvis Presley to life. His lifelong fans will be thrilled all over again and new audiences will discover the electric experience of Elvisthe performer. The high level of quality entertainment that both CORE Media Group and Digital Domain deliver gives us great confidence that these projects will help continue the growth ofElvis’ rich legacy all over the world.”

Although they have yet to announce where or when the Elvis hologram will have its debut, they have already begun working on creating it.

Digital Domain Media Group Chairman and CEO John Textor noted their excitement for this project. “Elvis is the most iconic, most recognized performer on the planet, and we are thrilled to have been chosen to bring new performances and original shows where fans can have their own, new experiences of Elvis. In addition to being a dream project on the creative side, this agreement enables us to participate in the success of any number of potential virtual Elvis appearances.”

This won’t be the first time the King has appeared in a virtual form.

In a 2007 episode of American Idol, they used a process called rotoscoping to generate a duet of Elvis and Celine Dion performing “If I Can Dream” together. Watch it below.

So what do you think? Is a hologram performance cool – or creepy? Let us know in the comments.

READ MORE
The Church of Elvis
Elvis Presley’s crypt up for auction
The world loved Elvis, but did Elvis ever find love?