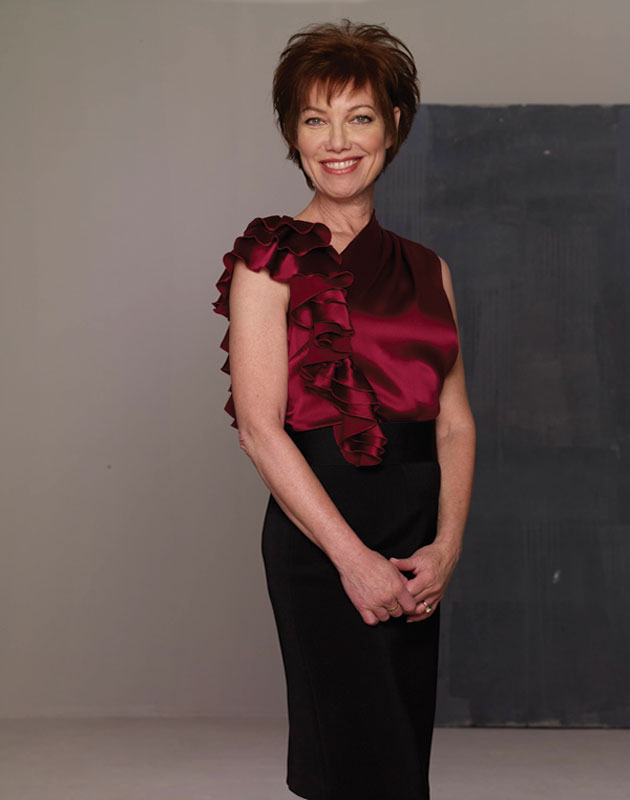 There used to be strict rules about when to carry on and when to stop. It wasn’t so long ago that almost everyone in our society stopped once a week to worship God. No working, no shopping, no competing. And there was certainly no leeway in the rules around mourning.

Like everyone else, I was moved to tears when I watched Olympian Joannie Rochette give the skating performance of her life just days after her mother, Therese, died suddenly. “Now she can finally grieve,” I remember thinking when she collapsed in sobs after her short program. But amid all the cheers for Rochette’s bravery, I had to wonder, “Am I the only person who thinks there’s something wrong here?”

There used to be strict rules about when to carry on and when to stop. It wasn’t so long ago that almost everyone in our society stopped once a week to worship God. No working, no shopping, no competing. And there was certainly no leeway in the rules around mourning.

I’m glad things have loosened up enough to allow individuals to follow their hearts and their minds. But as with so many things, perhaps it’s gone too far in the opposite direction. The modern world is 24-7, but there are some things that require a pause — full stop. Not when your schedule clears after the project that’s close to deadline or the meeting that took months to arrange or even the Olympics, but right away, in the moment. I thought the only events still in that category were birth and death. But now our heroes stop for nothing and no one.

I have to admit I am biased. As most of you know, it is nothing short of a miracle that I have survived pancreatic cancer. I have looked The Reaper in the eye. The idea that, when I die, my family could immediately go on is, frankly, horrifying.

“I’m very proud that I was able to skate,” Rochette told the media after winning the bronze medal. She said she had considered pulling out — on hearing the devastating news, she just wanted to be with her family, away from the crowds and the spotlight. “But I knew that if I didn’t skate here, maybe 10 years from now, I’d regret it,” she said.

“This was her way of honouring her mother,” says Stephen Fleming, a psychologist and York University professor who has done research on loss and trauma. “She was going to skate with her mother there, and that made the performance ritualistically important for her and part of her ongoing connection with her mother.”

Rabbi Michael Dolgin isn’t so sure. As the spiritual leader of Toronto’s Temple Sinai congregation and president of the Toronto Board of Rabbis, he’s counselled hundreds of people going through bereavement. “It’s possible that she needed to do this,” he said, “but what worries me is that the outside pressure was more about creating an Olympic product than about her needs.”

But in a press conference shortly after it was announced that she had been chosen to carry the flag in the closing ceremonies, Rochette thanked the Canadian Olympic Committee for its support and noted that the organization hadn’t put pressure on her to perform, allowing her to make her own decision.

However, Dolgin is right about one thing: her resolve to compete made a much better story. He adds that he’s less bothered by her decision to skate than whether she felt free to make the other choice. “Eventually, it’s about a willingness to make your own decision even if it violates the narrative that others push on you.”

There have been athletes who made the other choice. The movie Chariots of Fire chronicled Scottish Olympian Eric Liddell’s refusal to run a qualifying heat for the 100-metre dash on a Sunday. These were the 1924 Paris Olympics — but he was a devout Christian who would not race on the Sabbath. And Jewish baseball Hall of Famer Sandy Kouuax refused to pitch in Game 1 of the 1965 World Series because it fell on the Day of Atonement. In both cases, the pressure to play was enormous but these athletes stuck to their principles.

Joannie Rochette had to decide quickly in the midst of a trauma. Her skate became the human interest story of the Vancouver Olympics. Still, the morning after her bronze medal victory, pundits were already debating whether the judges’ sympathy could have been a factor in the result. I believe there’s no question she deserved her victory, but her triumph was that much greater because of her mother’s death. And it may take years to sort out whether that’s a tribute or a burden.