Forgiveness: The ultimate gift you can give yourself 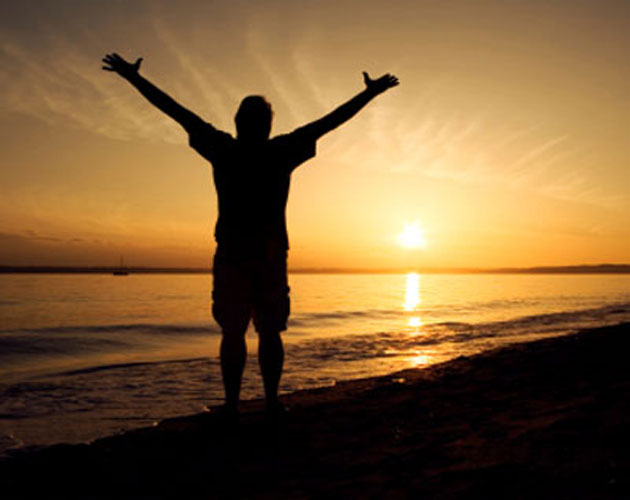 Think about any current resentment you have. Perhaps it is someone who wronged you at work, a family member or friend, the government or yourself. Now ask yourself: “Does holding this anger make me feel any better about the pain this person has caused?”

Forgiveness is the antidote to the negative energy produced by holding a grudge. As one of my clients described it, “Forgiving has allowed me to put down that 50 pound weight I’ve been carrying around with me for years. Now I feel like I’m almost floating: I’m so free.”

Despite the positive power of forgiveness, this act is often misunderstood. Let’s look a little more closely at what it is and it’s not.

… a gift to yourself that relieves the emotional and physical burdens of resentment.

… a choice to improve your entire life: mentally, physically and spiritually.

… an act performed because you’ve been wronged (not because the act wasn’t wrong).

… forgetting, denying or condoning the event or the pain it caused.

… an act that can only be performed if the other person asks for it, feels remorse or is still in your life: it doesn’t rely on anyone but you.

… the same as reconciliation, which needs a resolution between two parties.

… an indication that you will allow the event to happen again.

Some people resist forgiveness because they feel the need to punish those who wronged them. In reality, these people end up feeling the most pain.

Others resist forgiving because they believe that what happened was too horrible to ever forgive. These people are also inaccurate: as forgiveness experts agree, no act is too awful to be forgiven.

Consider Dong Yun Yoon, a Korean immigrant whose house was the crash site for a jet that lost control. Dong’s wife, two young daughters and mother-in-law were killed in the incident, but Dong himself was at work at the time.

The plane’s pilot ejected moments before the impact and survived. About this, Dong pleaded, “Please pray for him not to suffer from this accident… I don’t blame him. I don’t have any hard feelings. I know he did everything he could.”

Forgiving the pilot for this unimaginable tragedy didn’t mean that Dong felt no pain for the incident; the new widower fought back tears during a press conference after the event, obviously devastated and heartbroken. “I know there are many people who have experienced more terrible things,” he said, “but please tell me how to do it. I don’t know what to do.”

Coping with a disaster is similar to nursing a deep, cavernous wound. When people don’t forgive, however, it’s like constantly adding salt to this wound — it prevents the injury from ever fully healing. Forgiveness, of course, won’t take away the anguish, but it will stop additional, unnecessary pain from controlling your life.

Your Prescription: Find the strength to forgive

If you’re finding forgiveness a difficult thing to do, know that you’re not alone. For most of us, this act requires changing our mindsets and learning new skills. For example, many of my clients get to the stage where they understand how important forgiveness is, but don’t know how to put it into practice. I advise them to do the following:

— Unrealistic desires (such as a desire to change the past or have the person who wronged you change).

— Not taking accountability for what you can do now.

— Viewing yourself as a victim rather than as a champion over challenges.

Once you know what these obstacles are, you can begin to overcome them.

2. Identify and accept your reasons for forgiveness. We all have different goals and motivations in our lives. To begin to forgive, we need to know why we want to put energy and effort into doing this. The benefits of forgiveness include:

Which of these are most important to you?

3. Find the silver lining. Determine the positives that have come from the experience (people you’ve met, love you’ve received, positive changes in your perspective on life etc.) and rewrite the meaning of the event.

Perhaps getting hurt was a learning experience that enabled you to help others, as it was for Susan Lee-Titus? Maybe you’ve seen how much a friend cares about you from the support she’s offered? Whatever the case, don’t forget that forgiveness is an empowering, constructive act for you that opens doors to positivity and happiness.

Want more information on how to forgive? Visit www.ahappyyou.com to get free worksheets to help you truly learn the art of forgiveness. The peace and joy that come with forgiving are amazing.

This is an excerpt from the bestselling book A Happy You: Your Ultimate Prescription for Happiness. Author Elizabeth Lombardo, PhD, is a psychologist and physical therapist who has been quoted by some of today’s top media outlets including CNN, MSNBC, NPR, Woman’s Day, Glamour, Self, Woman’s World, Health and Real Simple. Visit www.AHappyYou.com for more information.