Fewer Boomers Saying ‘I Do’ 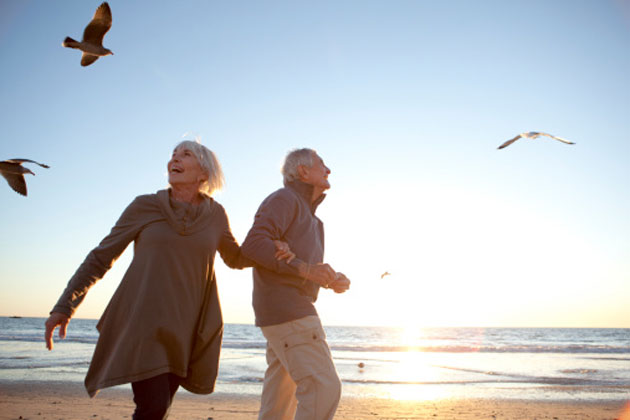 From the Beatles and the summer of love to Woodstock, baby boomers are well known for their liberal social attitudes and freethinking determination to live on their own terms.

And now, recent census figures show a huge increase in common law unions among 50+ Canadians, with the most significant growth among people in their early 60s.

Between 2001 and 2006, the number of Canadians in common-law relationships increased by a whopping 77 per cent among those ages 60 to 64. All other age groups over 50 saw an increase between 44 and 64 per cent.

Interestingly, at the same time, cohabitation has flatlined or even declined among twenty- and thirty-somethings. It seems the children of boomers are more likely to go the traditional route and say, “I do” than their parents.

But experts say many boomers are reluctant to walk down the aisle not only because of their liberal social attitudes. A certain ‘been there, done that’ attitude prevails among many whose marriages have ended in divorce. And when you consider that there’s no real financial incentive to marry, for many ‘shacking up’ seems a sensible option.

A financial arrangement attractive to many older couples

When it comes to finances, the main difference between conventional marriage and common law unions pertains to house ownership. Whereas conventionally married couples have equal rights to possession of the matrimonial home, common law rights are restricted to properties for which someone holds a deed or helped to pay for.

In other words, if you’ve bought something, you own it. If it’s a joint purchase, it is jointly owned — and will need to be divided if a couple separates.

It’s an arrangement that can be attractive for older couples who come into later-in-life relationships with wealth and property they’ve accumulated, Lovett-Reid says.

In Canada, the federal government considers couples common-law for tax purposes if they are not legally married and have been living together for the previous year or if they have a child together. (Find out more here.)

As boomers age, they’re apparently bringing other hippie-era habits with them into their fifties and beyond. Researchers report a growth in illicit drug use among older Canadians. And while drug use and addiction still affects a small number of older people, the trend is growing, researchers say.

Some 600,000 older Canadians reported abusing drugs or alcohol in a recent study by the Canadian Centre on Substance Abuse (CCSA). But as the population ages, this number is expected to rise.

The population of Canadians aged 65-74 will nearly double from 4.3 million to 8 million by 2026, according to Statistics Canada. One of three baby boomers admits to having smoked pot at some point of their lives, according to the CCSA survey. (See Those hippie Zoomers.)