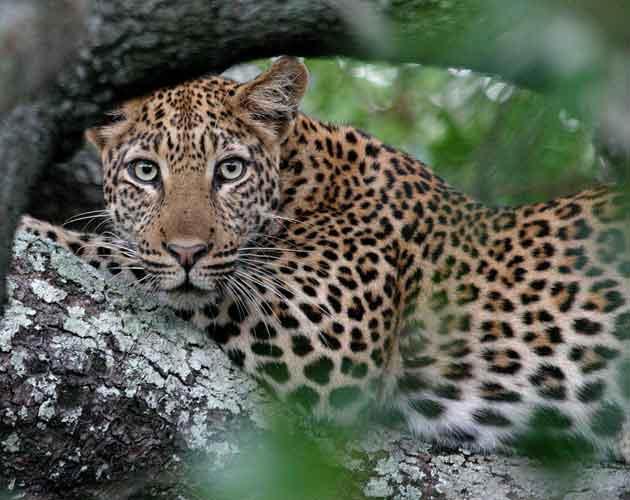 Ecotourism: the big cat saviour
In recent decades our big cats have all become endangered due to loss of habitat, poaching, and lack of prey. Heck, we still shoot mountain lions in America when they attack the cattle that replaced their traditional prey! As do the Sukuma people of Tanzania, who measure their wealth by the size of their herd. See how much we have in common?

Luckily things are generally looking up, thanks in large part to big tourist dollars in emerging economies. Imagine Kenya with no wild animals. Just shy of $1 billion annually, tourism is Kenya’s largest source of foreign exchange. No wonder protecting the cats, their sources of prey and habitat is so important for Kenya, Tanzania, South Africa, India, Guyana and other major ‘catbitats’.

Cat protection is increasing on all fronts: education efforts are seeing success — most Maasai no longer kill a lion as a coming-of-age ritual, for example. National parks and protected areas are still being created, with the latest being Guyana’s 2013 pledge to create a ‘jaguar corridor’ to link important populations in South America. And poaching is being taken more seriously everywhere, with better enforcement and stiffer fines. Two poachers recently got five year jail terms for killing tigers in Thailand — the stiffest sentence ever.

Rough or luxurious
When you travel to see the big cats, be it lions, leopards and cheetahs in Africa, Bengal Tigers in India, jaguars in Brazil and Sri Lanka or rare Snow Leopard in Northern India, you’re doing them a big favour. Your contribution to the local economy preserves jobs focused on keeping cats alive rather than wealth created through illegal trade.

When you decide to go shoot cats (with your camera), keep in mind that there are many ways to travel. Adventure can mean tenting it in the rough, or tenting it in luxury. Travelling waterways by dugout, or by well-appointed riverboat.

Imagine yourself in the Tanzanian savannah, sleeping in a white canvas tent with king bed, raised floor, full mosquito netting, private ensuite shower, thatch roof and four-course meals. Sit on the private balcony after your meal, contemplating the sunset. During the day, travel by Land Rover and private guide to prime viewing spots for eland, elephant, gemsbok, cheetah and lion. This aptly describes many nights on our Kiboko Tented Safari, the slightly higher-end version of our most popular African safari of all, the Kiboko Safari.

This adventure boasts the best that East Africa has to offer: premier parks showcasing fantastic game, breathtaking lodges and exciting camps as you drive some of the world’s most spectacular landscapes including the Rift Valley Escarpment. On this 15-day journey we visit no fewer than six game reserves and parks, as well as Nairobi and Mount Kenya.

Want to combine game viewing with an ascent of Mount Kilimanjaro? It’s quite the vertical and absolutely spectacular, but entirely doable, especially if you take the longer Rongai route that gives you an extra day to acclimatize to the altitude.

Tiger, tiger, burning bright
Few people would equate India, the world’s second most populous nation, with wildlife … but that’s just what you get on our Tigers in Focus where — in addition to Delhi, the Taj Mahal and Agra — we go on as many as 11 game walks in three national parks.

Play Rudyard Kipling for a while in the steamy jungles of Rathambore, Kanha and Bandhavgarh National Parks. Each contains differing ecosystems and topography, a variety that enables species such as monkey, leopard, deer, elephant, antelope, bear, squirrel, crocodile and bird to thrive.

Some big cat tidbits
● The Amur Leopard is the world’s rarest cat, with fewer than 40 individuals left in a shrinking habitat along Russia’s border with China.
● Simba means king in Swahili, and it’s also the word for lion. Did you know that there are also lions in Asia?
● Snow Leopards’ long tails help them to balance on precarious, steep terrain. There are fewer than 2,000 left in the wild, including about 200 in Afghanistan.
● The name ‘jaguar’ comes from the Native American ‘yaguar’, meaning ‘kills with one leap’.

Contact Information
Whether you choose to trek the high Himalayas in search of the elusive Snow Leopard, or enjoy the indulgent comfort of an upscale tented African Safari — there are amazing wildlife encounters to be had on every continent! The world’s best travel experiences are all here. We have over 4000 small group trips or our experienced adventure travel specialists can build one just for you. This is all we’ve done since 1972. Adventure Center. We’re here to get you there.

Our adventure travel specialists in Toronto, Calgary, Vancouver and Edmonton would love to help you; call us toll-free 866.338.8735 or find us at adventurecenter.com for more information.