Mississauga Mayor Hazel McCallion Not Guilty of Conflict of Interest 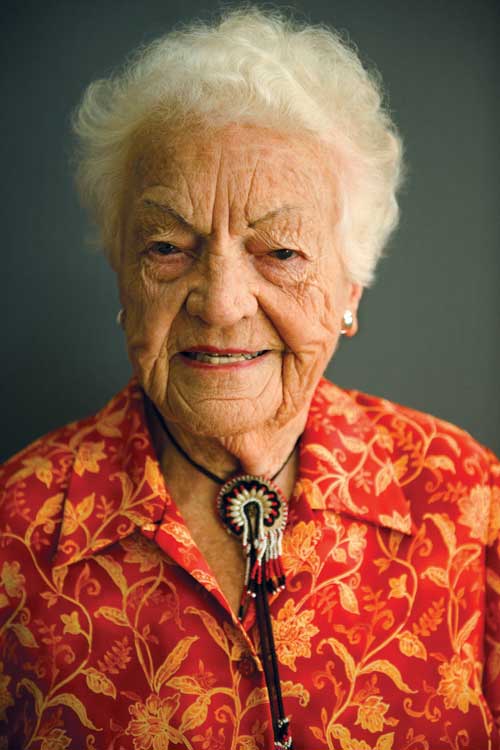 The conflict of interest complaint against long-serving Mississauga Mayor Hazel McCallion, 92, has been dismissed. The decision by Ontario Superior Court Justice John Sproat means McCallion not will not be forced to step down from a position she has held for 35 years.

Friday’s ruling followed a hearing into allegations that McCallion breached the Municipal Conflict Interest act back in 2007 when she voted on a bylaw amendment that would have saved her son’s development company – World Class Developments — $11 million in development charges.

McCallion has been voted into office 10 times as mayor of Mississauga since 1978, and is the longest serving elected official in Canada.  She has said that, regardless of today’s decision, this would be her final term as mayor.

Read our feature from Zoomer magazine (October 2010) on Mayor Hazel McCallion below.

Hazel McCallion: Mississauga’s Long-Serving Mayor Is Still in the Game

Outside of the U.S. Senate, there are very few democratic examples of political longevity quite like Hazel McCallion, who first took office as mayor of Mississauga, Ont., in 1978, at a time when Jimmy Carter still called the shots in the Oval Office and a charismatic Polish bishop named Karol Józef Wojtyła had just become Pope John Paul II in Rome.

McCallion, the 89-year-old powerhouse, has presided over the evolution of a collection of villages on Toronto’s pastoral periphery into a mature edge city with a humming economy, plenty of cultural diversity and a bona fide growth management problem.

Born in Quebec in 1921, McCallion had a successful business career — she published a local newspaper — before entering municipal politics in the former town of Streetsville, a hamlet in the west end of what is now Mississauga. The Ontario government amalgamated all those smaller municipalities in 1973, and McCallion — then in her early 50s and the mother of three — emerged as a reform-minded politician who reflected the views of Mississauga residents suspicious of excessive development.

After she became mayor, notes her biographer Tom Urbaniak, a political scientist at Cape Breton University, McCallion came to realize that Mississauga’s growth was inevitable. Under her leadership, council imposed heavy development charges on builders, allowing the city to finance new municipal infrastructure without taking on any debt. McCallion spent three decades touting that particular model of business-minded municipal administration, which has translated into relatively low taxes and efficient services. As Urbaniak points out, McCallion often says in speeches that she spends taxpayers’ money the way she spends her own.

The result is a well-run city that has delivered top-notch public services without resorting to constant tax hikes. For this reason, McCallion presided over a controversy-free council that benefited from mostly adoring media coverage for years. The mayor tolerated no dissent from councillors, controlled the civil service and won successive re-elections, often without campaigning.

She also took care not to insulate herself from public opinion with an entourage of handlers. Although McCallion is one of Canada’s best paid mayors, “She projects the image of frugality,” Urbaniak observes. “It allows her to persuade her constituents that she has everything under control.” He describes her as “probably one of the most pragmatic and calculating politicians this country has ever seen.”

Indeed, McCallion is a master when it comes to image management. A long-standing proponent of women’s hockey, she’s often been photographed in her hockey gear, a bit of self-conscious iconography that reinforces her reputation for toughness in a man’s game. She can be withering with put-downs, and politicians from the City of Toronto (she has snorted dismissively about Toronto’s budget woes for years) to Queen’s Park have lived in fear of one of her rhetorical body checks.

Reporters are equally vulnerable: at an event a few years ago, I asked her comment on a story I was writing for the Globe and Mail. “I’m not talking to the Globe,” she snapped, adding that she didn’t care for something former City Hall columnist John Barber — who once referred to her as a “crocodile” — had written. And that was that: if she didn’t feel like giving quote, too damn bad.

In recent years, with Mississauga completely built out and feeling the pinch of a quintessentially sprawl-minded approach to development, McCallion has become an advocate of “smart growth” planning ideas (more density, rapid transit, etc.), although her own government has done little to invest its cash in the same.

A conversion on the congested highway to Square One Mississauga? McCallion’s critics were quick to note the irony, but her support for better planning gave Dalton McGuinty’s Liberals the space to establish tough anti-sprawl rules.

The coda to her long career, however, is now being played out this year during a judicial inquiry examining whether she influenced a land deal involving a company her son, Peter, controls.

McCallion, Urbaniak says, has long had an entrepreneurial streak that informs her approach to politics. “Part of what we’re seeing is a mayor who found it difficult to make the distinction between public business and business outside the public realm.” She’s lost control of Mississauga council in the process.

In his view, she faces a stark choice in what will likely be her final term. She can allow herself to be dragged down by council partisanship and the sordid details emerging from the inquiry. Alternatively, she can use her political capital to advance a broad policy agenda, such as the World Health Organization’s healthy city concept, which has attracted her attention in recent years.

She will likely be re-elected in 2010 for one more term that will see her serve into her 90s, surely a record. Some suggest she’ll wind up her career as a wounded mayor, unable to muster the control she exercised so ruthlessly in that one-party state otherwise known as Mississauga City Hall. But others who have followed her career closely feel that Hazel McCallion, ever savvy in the ways of politics, will figure out how to duck this late hit, too.