The Isles of Greece: Birthday in Lemnos 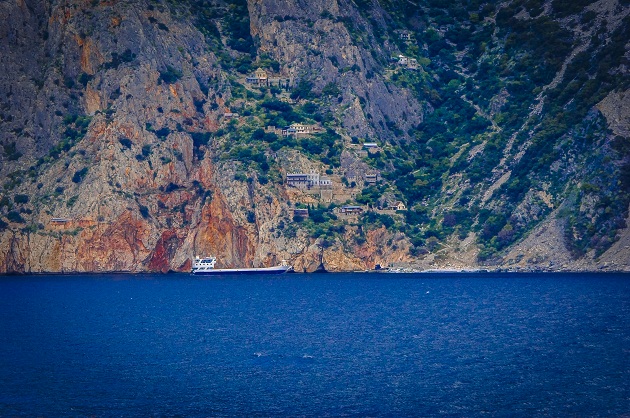 It’s my birthday today and under our door is a greeting card from the captain and crew. We’re to visit the Greek island of Lemnos today but with strong winds, the captain, a handsome Swedish man, has decided it’s too rough for the tenders to go in, so we are heading to Mount Athos instead to view the Greek monasteries from the ship’s decks. I am impressed with the captain’s concern for our safety and happy to spend a day at sea. There is so much to do on board. I take in a yoga class before breakfast and enjoy two lectures during the day by Dr. David Price on Alexander the Great and the origin of the alphabet.  (I wish I’d paid more attention in high school history classes, but actually I find I’m more attentive and curious at this age so it’s like learning ancient history from a fresh perspective.)

Since it’s my birthday, I buy myself a gift in the boutique and then Brenda and I settle into cozy chairs in the Charleston Lounge with the Canadian, a brief outline of news from home, a book and crossword puzzle from the library. Later, we assemble in the Ambassador Lounge for the Captain’s Cocktail Party, where he greets us with a great sense of humour. “We have a saying on board: Nice passengers, nice weather,” he says pausing, then continues, “I’m just saying…”We all chuckle because it’s been overcast and nippy so far. Somehow the weather doesn’t detract from the scenery and the happy mood on board.

Along with good meals and entertainment, it’s been a perfect, indulgent day.