The Isles of Greece: Beautiful Santorini 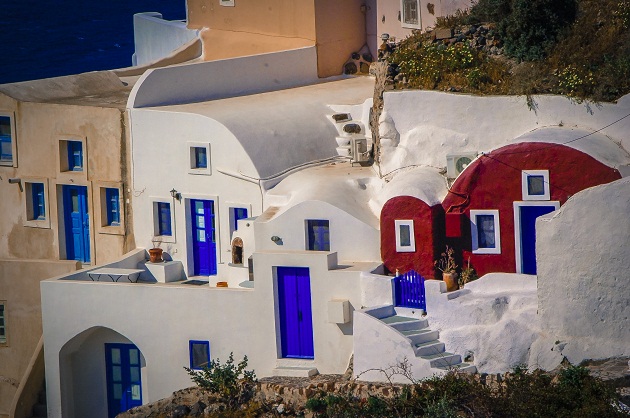 All the Greek islands are enticingly beautiful, but in my opinion, Santorini is the most spectacular, with its villages perched high on the sheer cliffs of this half-moon island, a result of a series of volcanoes.  With 15,000 people on an island that basically gets little rain, the residents depend on tourism but also produce cherry tomatoes, fava beans, honey, olive oil and wine.

Our first visit is to the charming village of Oia, at the tip of the island with its zigzag of paths and neat-whitewashed homes. The historical highlight of our visit is the Minoan settlement of Akrotiri, being carefully restored so we can imagine the affluent society that was the basis of Greek civilization. We have a delicious lunch of moussaka in a tavern in the hilltop town of Pyrgos.

Our tour ends in Fira, the capital where we have the option of riding a cable car down to the shore where we catch tenders back to our ship. There is an option of riding a donkey down, but our tour guide tells us that while donkeys are the ‘heroes’ of the island, they often just want to get the job done and it could be a fast, bumpy ride!