A late starter, set for life 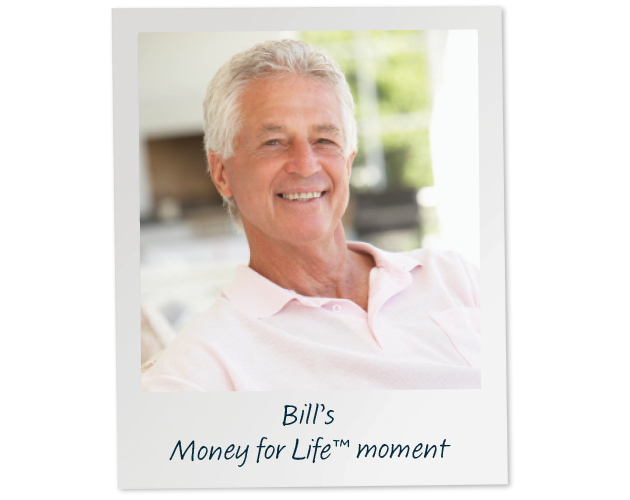 When Donald first met Bill back in the early 1960s, Donald was a banker and Bill was a regular customer. Over the years, their professional acquaintance developed into a firm friendship – so solid, in fact, that when Bill found himself stranded in Edmonton after a car accident, it was Donald who drove the 400 kilometres from North Battleford to bring him home.

A couple of decades passed. Donald joined Sun Life as an advisor and, one sunny morning, the pals happened to run into one another in the very bank where Donald once worked. Bill was just a couple months shy of his 59th birthday, and Donald asked an obvious question: “Have you considered where you’re going to be financially when you retire?” Bill confessed that he’d done no real planning. “So,” recalls Donald, “I said, ‘Why don’t you and I sit down and see if we can come up with some ideas as to how to maximize your return?’ We got together that same afternoon, and I advised him to pay off his bank loans and his mortgage and then embark on an aggressive investment program. We focused mainly on RRSPs, making the maximum contribution and then some every year.”

“I have to give Donald a great deal of credit,” says Bill. “I never would have gotten things sorted if it weren’t for him. You know how it is. You keep putting it off and putting it off because you’re too busy to think about it. But Donald pushed me, and by the time I was ready for retirement, right around the time I turned 66, we had built up enough that I’m still living on it today and there seems to be more than enough there to get me to the end of my days. One thing I insisted on was that I didn’t want to have to give up the home where my wife, who passed away, and I raised our kids and spent so many wonderful years; and thanks to Donald, I’m still in our house.”

Talk to a Sun Life Financial advisor about Money for Life today and see how you can retire with confidence. Visit www.sunlife.ca/zoomer.

Based on a true story, certain names and details have been changed for privacy reasons.

Life’s brighter under the sun

Sun Life Assurance Company of Canada is a member of the Sun Life Financial group of companies.