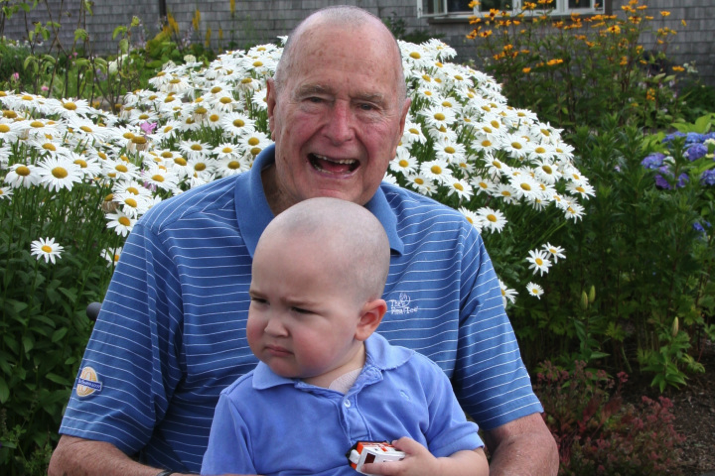 Photo Courtesy of the Office of George H.W. Bush

Former U.S. President George H.W. Bush, 89, took a little extra off the top today, shaving his head bald in a show of camaraderie with a two-year-old boy battling cancer.

The trim came about after Bush noticed his Secret Service security team had all shaved their heads in support of Patrick (last name withheld by request), the son of one of the team members, who is currently undergoing treatment for leukemia. The former president, whose four-year-old daughter Robin passed away from the same disease nearly 60 years ago, decided to jump in the barber seat himself, and took a photo with Patrick afterward.

Bush and his team aren’t just sporting a new look for Patrick, however. They’ve set up a website, www.patrickspals.org, and are hosting the Inaugural Patrick’s Pals Motorcycle Benefit Run, both fundraising initiatives to assist with medical costs.