Are You Smarter Than a 14-year-old? 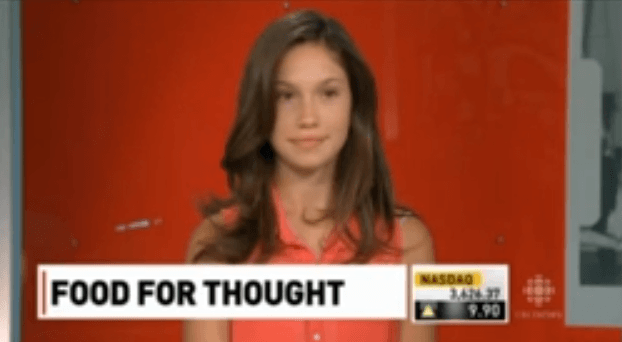 Kevin O’Leary was left scratching his head recently after very articulate 14-year-old activist Rachel Parent challenged him on the polarizing GMO debate. Earlier this year, Parent was angered by O’Leary’s position on GMOs and challenged during a public speech to a debate on his show. Saying, “If you promise not to use the word stupid, I promise not use the fascist.” If you were ever worried that our future will be filled with tweeting, texting, Facebook-addicted adults – Parent is proof that there is still hope! Watch her throw O’Leary off his game with heavily researched responses to his condescending questions. Parent even wins over O’Leary’s co-host, Amanda Lang – by the end – is clearly in the 14-year-old’s court.