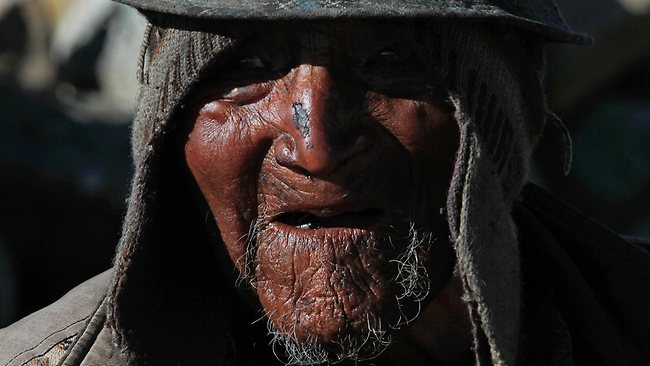 And we thought living to 100 was the ultimate accomplishment. Tack on 23 years, and you’ve potentially got the world’s oldest man, a Bolivian herder named Carmelo Flores Laura.

Laura lives tucked away in a hut 13,100 feet up in an isolated village called Frasquia near Lake Titicaca. Though he admits he does not have the greatest vision, he does not wear glasses and walks with strength some people half his age couldn’t muster – no cane needed.

According to Guinness World Records, the oldest living person with proof of birth is Misao Okawa, a 115-year-old Japanese woman. A claim is yet to be made to Guinness on behalf of the Bolivian. However, his grandson Edwin said Flores fought in the Chaco war with Paraguay in 1933. And Bolivia’s civil registrar, Eugenio Condori, has proof with a registry that lists his birth date as July 16, 1890.

Laura does not owe his longevity to days spent at the spa, special treatments or even a balanced diet. He simply walks a lot, does not drink alcohol and eats only barley as well as a lot of mutton.

His wife died more than a decade ago. Only one of their three children is alive at age 67. They have 40 grandchildren and 19 great-grandchildren. Most have left Frasquia.