John Schlossberg Steps Into The Spotlight 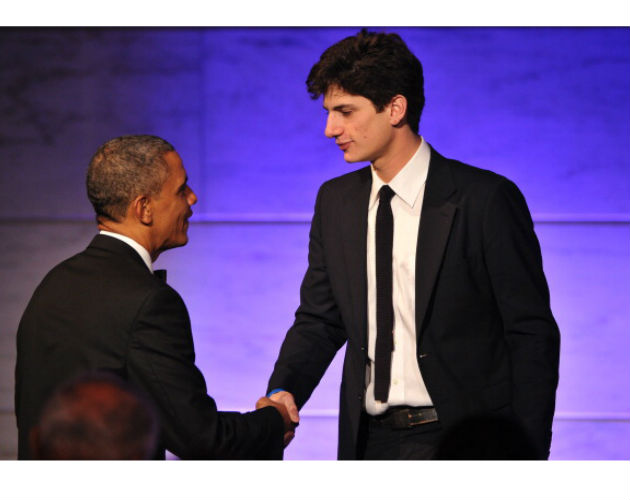 All eyes are on a new Kennedy on the horizon who looks camera-ready for the limelight.

Tall, handsome 20-year-old John (Jack) Schlossberg is the son of Caroline Kennedy and the only grandson of President John F. Kennedy.

This week, he seemingly stepped out of the shadows and directly into the spotlight when he took to the stage to introduce President Barack Obama at a memorial dinner at the White House for his grandfather.

And already the media and the Internet are abuzz about this young Kennedy who bears an uncanny resemblance to his late uncle John F. Kennedy Jr., who died in a plane crash.

While he has admitted to an interest in politics, it remains to be seen if this young member of the Kennedy clan, one of America’s greatest political dynasties, intends to follow a career in politics.

He is a student at Yale, writes for the university newspaper and is studying to become an emergency medical technician.