What Do Women Want, Really? 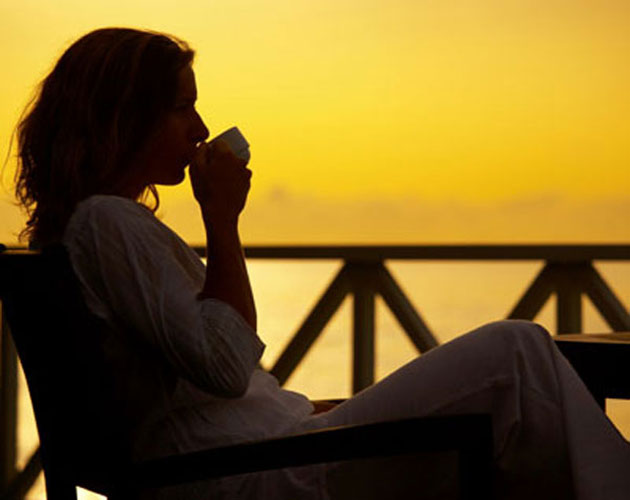 Is he tall? Speak in a deep, gravelly voice? Make you laugh? Smell and look a certain way? Men with certain physical or personality traits have the edge when it comes to attracting the ladies, researchers say.

“Studies have shown that women are more attracted to tall men, and men who are more masculine looking and sounding,” Dr. Cindy Meston, author and Professor of Clinical Psychology at the University of Texas, said at ideaCity in Toronto.

Sexual preference may have less to do with conscious thought than evolution, Meston says. Being attracted to a man sexually, for example, can be tied in with a female’s primal need to be protected. And certain male characteristics can also signal good health and genes, which would be passed on to any offspring.

So how do women, whether consciously or unconsciously, select their mates? In her book Why Women Have Sex (co-authored with David M. Buss), Meston says the basic checklist comes down to these characteristics:

Size. Studies have consistently found that the most obvious physical trait women look for in a man is height. In fact, in analyses of personals ads, 80 per cent of women stated they wanted to meet a man who is 6 feet or taller. Tall men are more desirable as husbands, as well as for shorter-term sex partners and sperm donors.

Beyond providing a greater sense of physical safety or protection, a man’s size may also translate into more financial security. In Western cultures, for example, tall men tend to have higher socio-economic status than short men.

And perhaps not surprisingly, height is not the only aspect of men’s bodies that is attractive to women. Studies have shown that women desire strong, muscular men for long-term partnerships as well as for brief sexual liaisons.

Scent. When it comes to romance and reproduction, studies have shown that a woman will literally sniff out a man’s genetic make-up before deciding if he’s right for her. This has to do with a group of genes called the major histocompatibility complex (MHC), which is responsible for fighting off disease-causing bacteria and viruses.

Different people have various versions of these genes, and women can detect the most compatible mate through her sense of smell, which Meston says reaches a peak around the time of her ovulation, the 24-hour window -during the monthly menstrual cycle in which she can become pregnant.

By selecting a man with dissimilar MHC genes, a woman can decrease the risk of delivering a child with the sorts of birth defects associated with reproducing with close relatives. Another benefit for the child could be a stronger immune system.

Sound. A deeper, more resonant pitch of voice gives women a sexual buzz, studies have found. One possible explanation is that a deeper voice is associated with a higher level of testosterone. Also, a deep voice can signal healthy genes.

In this respect, it may be that women are not dissimilar to female frogs. Studies have shown that they tend to gravitate towards male bullfrogs with deep, resonant croaks, which are a reliable signal – for frogs – of a mate’s health and size.

Symmetry. Body symmetry — when both sides of the body are symmetrical — is commonly accepted as a sign of good health and genes. (And body symmetry, apparently, is also more likely to produce deep voices.)

Sense of humour. Women are also sexually motivated by partners who have a good sense of humour. Some researchers believe that humour and wit are attractive because laughing elicits a positive mood, as well as being a sign of confidence and intelligence.

While studies have shown that women are more attracted to rugged, square-jawed masculine faces for a sexual encounter, this is not often the case when looking for a long-term relationship. In fact, somewhat less masculine faces are considered to be more attractive when selecting a life-long partner — probably because they are perceived to be more sexually faithful and better fathers.

The many motivations for sex

“When it comes to sexual motivation, there are more gender similarities than differences,” Meston says, adding that both men and women commonly report they have sex because it feels good, they want to reproduce, or they want to express love.

But Meston’s research on women also turned up other, perhaps less conventional, motives for sex including:

– Exploratory or educational sex to become a better lover.

– Sex as relief for boredom.

– Revenge sex, such as to punish a partner for having an affair — or even, Meston says, to pass on an infection.

– Economic sex. (Not just for prostitutes — sex is often bartered in return for gifts or even household chores.)

– Curiousity sex, such as to find out what it’s like to have sex with people of different ages or cultural backgrounds.

– Mate-guarding sex to protect your male from straying or falling into the hands of poachers.

– Sex for certain health benefits such as weight loss, headache relief or a better complexion.

And of course, there’s always the potential benefit of mending a broken heart. Or, as Meston puts it, “The best way to get over a man is to get under another one.”

Watch videos online from past conferences .

Read more articles inspired by ideaCity:
A man’s world no more?
Can we stop aging?
Sexy at 70
A chat with Erica Jong