Would You Take a One-Way Trip to Mars? 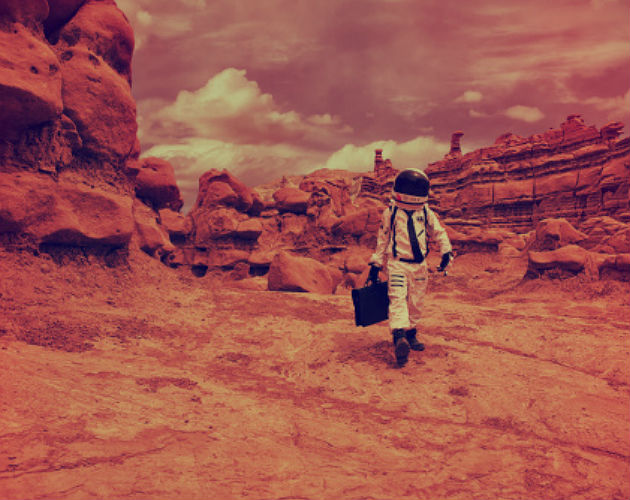 Would you like to take a one-way trip to Mars?

That’s not just an insult to toss at an unwanted suitor. It’s a serious query. And one that’s become more serious with each passing year.

What was once the stuff of science fiction is now very much a reality (or soon to be). If all goes according to plan, the Mars One project will establish the first human settlement on the red planet by 2024, with new crews of four deployed every two years. However, there are two very big caveats for this quest: 1. The crews are made up of everyday Joes, and 2. They can never come back to Earth.

“I am somebody who always likes to be challenged in whatever I am doing. I am not afraid to reach out for a new experience if it is something that will challenge me,” she told CBC Hamilton. The former broadcast reporter and current teacher is one of the presenters at this year’s ideacity conference in Toronto where she will explain to an eager audience why this mission is her destiny.

Is she brave, adventurous, or just downright crazy? Is this akin to committing suicide? Is it a selfish act to leave family and friends behind forever? What kind of mental capacity would one have to have to endure the psychological mind trip this mission would inflict? Whatever you may think of Ms. Cumming’s decision to take that next giant leap for mankind, the fact remains that if she makes it to Mars, this space colonist will go down in the history books as legend.