Robin Williams and Koko the Gorilla 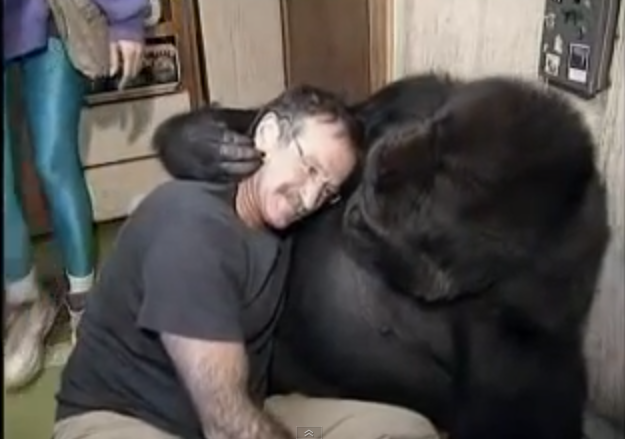 ‘
In 2001, Robin Williams met Koko the gorilla at the Gorilla Foundation and the pair hit it off. Williams had a positive impact on Koko’s life as he visited her just after her friend Michael passed away and cheered her up. Koko’s caretaker Dr. Penny Patterson says, “Robin’s ability to just ‘hang out’ with Koko, a gorilla, and in minutes become one of her closest friends, was extraordinary and unforgettable.” Patterson also believes that Koko transformed Williams life for the better. 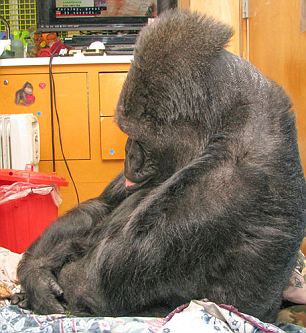 This week when Koko was told of Williams’ passing she became visibly sad. She was photographed hunched over after hearing the news of her friend’s death. Click here to read more about Koko and Williams’ friendship.