The secrets to Dolly Parton’s longevity 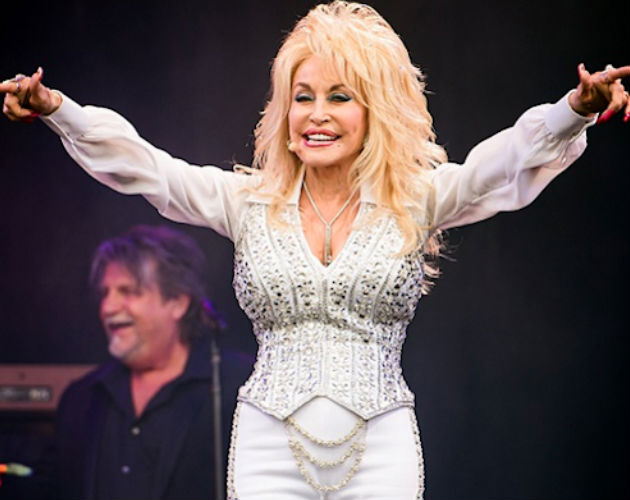 Glastonbury, maybe you’ve heard of it? The five-day British music festival is a haven for oh, about 180,000 hippies, hipsters and generally cool people. It’s the kind of place where Prince Harry’s ex-girlfriend, Cressida Bonas, likes to hang out. The kind of place where Chris Martin, the lead singer of Coldplay, gets spotted eating ice cream at 3am with “it girl” Alexa Chung. It’s not the kind of place for a 68-year old, stiletto-and-rhinestones-clad, country singer from Tennessee. Or is it?

For Dolly Parton, it sure is. The diva performed some oldies but goodies at Glastonbury this year. Most of the young British festival fans were not even born when Dolly first performed these songs in the mid-1970s, and her style seems to be everything cutoff-jeans and Wellie-wearing Glasto fans would reject. Yet Dolly was embraced and adored as much as she was by American country fans some forty years ago.

So how does Dolly do it? What’s the secret to her longevity? How does a brassy, over-the-top diva stay relevant over a 50-year career? (Madonna wants to know!)

Dolly Parton grew up in the Smoky Mountains of Tennessee, one of 12 children. She began singing at church and got her first guitar at the age of 8. By 10, she was singing on the local radio and TV stations. The day she graduated from high school in 1964, she moved to Nashville, the Hollywood of country music. At 19, she had bagged her first recording contract, and at 25, she secured her first #1 single, “Joshua”.  The rest of course, is history: She’s written more than 3,000 songs, won 7 Grammys and sold over 100 million albums.

Anyone can be ‘tasteful’. It takes courage and heaps of self-confidence to pick a garish style and stick with it for five decades. When Dolly was just a teenager in Tennessee, she spotted a local er, ‘businesswoman’with peroxided, piled-up hair, red lipstick and nails and, despite her mother’s admonishment of the woman as ‘trashy’, Dolly thought she was the prettiest woman she’d ever seen. Dolly took that style and owned it. As Vogue magazine put it, her look is “the embodiment of the character she’s created, a real expression in individual, articulated, intentional style.” As Dolly herself said, “Find out who you are and do it on purpose.”

In 1998, at the age of 52, Dolly was named by Nashville Business as the world’s wealthiest country-music star. The majority of Dolly’s riches came from her adamance in retaining the copyright to all her published songs. She even famously turned down Elvis, who wanted to record “I Will Always Love You”, on the proviso he would own half the publishing rights. Instead, she refused to share and eventually Whitney Houston came along and made Dolly millions on that one song alone. Of course, being prolific surely helped. As The Guardian noted, “Legend has it that she wrote ‘Jolene’ and ‘I Will Always Love You’ on the same day, which is an impressive use of 24 hours by anyone’s standards.”

Dolly owns 15 properties spread out between Tennessee and California and of course, Dollywood, the 24th most popular theme park in the US. She is also a part owner in Sandollar Productions, a film and television production company and is building a luxury resort in her native Tennessee called DreamMore. But that’s not all. As Dolly told The Guardian recently, “I’m working on my life story as a musical, and I also would like to see my life story on film, so I’ve been working on that. I’d like my own cosmetic company, to do with the makeup and the clothes and the jewellery, that sort of thing. So I wake up with new dreams every day, and I hope to live long enough to see a lot of those dreams come true.”

“I’m as old as yesterday,” Dolly once said on NBC’s TODAY show, “but hopefully as new as tomorrow.” Staying current with the kids while aging gracefully is not an easy combination (cough,Madonna). Yet Dolly chose to do Glastonbury for the first time in her nearly 50-year career, not by inventing something new, but by being herself.  She introduced her oldies to a new generation of fans – and they loved it. Why? Because, she’s Dolly, and really, who can resist a 200,000 person sing-along of “Here You Come Again”?

There are two quotes that we think fully sum up the Dolly philosophy and explain her legendary success.

First, “I try to find the best in everybody, but sometimes you just have to see things as they are. And I didn’t get where I was being a pushover. I’m very open and, like I say, if I see something that’s not right, I go about trying to make it better.”

And finally, “I don’t trust anyone who does their own hair. I don’t think it’s natural.” Perhaps that’s the best advice of all!