It’s Official: Doug Ford In The Race for Mayor 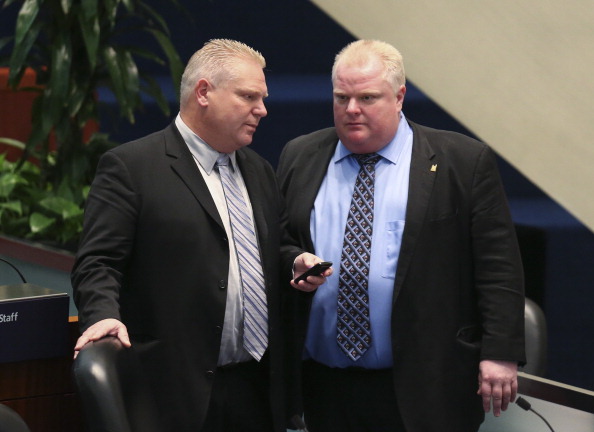 Mayor Rob Ford has dropped out of the race for mayor and his brother Doug has swooped in his place.

The Fords made the move Friday afternoon right before the deadline for candidates to add or remove their names from the ballot for the Oct. 27 vote. Rob Ford will now run for city council, replacing his nephew, Michael.

Rob Ford is currently at Mount Sinai hospital with a mass in his abdomen. The results of the biopsy have not confirmed that the tumour is cancerous and will take about a week to determine how to move forward with treatment.