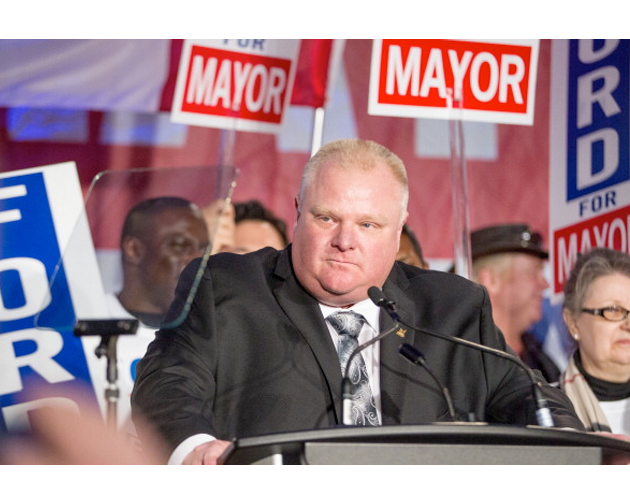 During a press conference this evening, Dr. Zane Cohen, an expert in colon and rectal surgery and the man overseeing the mayor’s medical team at Mount Sinai Hospital, said that Ford has malignant liposarcoma.

“It comprises about 1% only of all cancers, it has about 60 different cell types, it arises from soft tissue structure, so it’s not within an organ,” Dr. Zane stated. “That’s what makes it a very rare tumour and very difficult tumour,” he added.

A treatment plan was recommended to the mayor which includes chemotherapy for three days, followed by a washout period of about 18 days — then the cycle will be repeated.

The plan will go into action within the next 48 hours.

This announcement comes exactly one week after, Humber River Hospital officials confirmed that the mayor had a tumour.

A statement from CEO Rueben Devlin said that Ford was admitted complaining of abdominal pain (at that time they had not done a biopsy to determine the nature of the tumour). Ford had been experiencing pains in his stomach for the past three months, but pain increased dramatically last week.

Here’s how social media is reacting to Ford’s news: