A “Banner” Day for Seniors 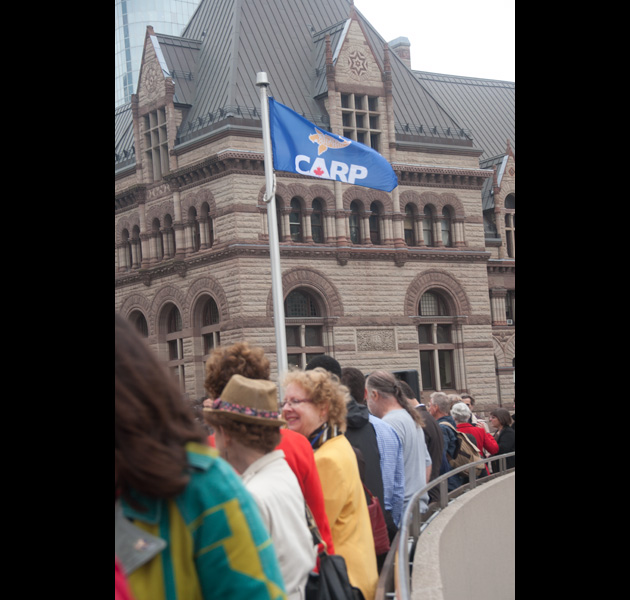 CARP helped celebrate National Seniors Day (Oct.1, 2014) by raising its flag at more than 30 City Halls in communities across the country.

At many of these events, local dignitaries, including federal, provincial and municipal politicians, joined CARP chapter representatives to help honour the major contribution seniors have made and continue to make in their communities.

“The attendance by B.C. Premier Christy Clark, Ontario Finance Minister Charles Sousa and all three Toronto mayoral candidates, the mayors and councillors of the more than 30 cities and towns participating in this nationwide event, signifies the political importance of Canada’s most politically engaged voters”, said Susan Eng, VP Advocacy.

In Toronto, CARP president Moses Znaimer joined the three leading mayoral candidates in raising the CARP banner over City Hall. In his speech, he decried the “myths” that have built up around the word senior, calling old age a “miracle” that should be celebrated instead of demeaned or feared. He also called out the media for indulging in the politics of divisiveness, “pitting the generations against each other.” Instead he offered an alternative where everyone, no matter what age, works together for the betterment of society.