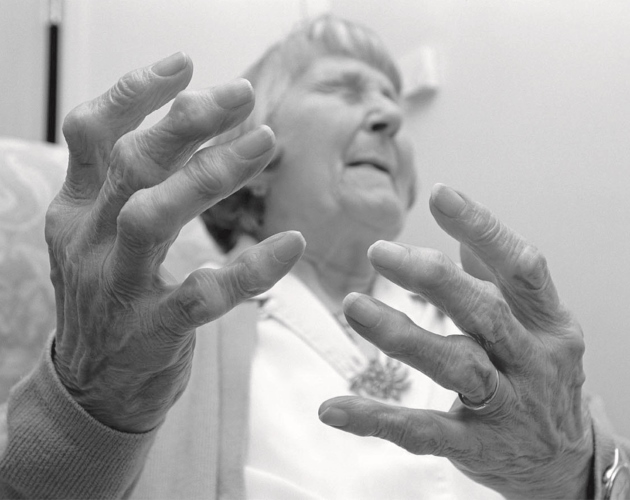 Katcia says she can predict the weather through the aches and pains of her joints. It’s a talent that has developed over the past few years as her Arthritis has advanced from soreness and stiffness in her hands to constant aching in her small finger joints and at the base of her thumbs. Her hands are now crippled. She thought the stiffness was due to overworking of her hands. She spent over 20 years as a factory assembly worker.

Sometimes called degenerative joint disease or degenerative arthritis, Osteoarthritis is the most common chronic condition of the joints.

Katcia did match the profile for Osteoarthritis – female, over 50, with a genetic predisposition to the condition as her Mom suffered from knobby-fingers too. It was Katcia’s dental hygienist who identified the oral signs of Rheumatoid Arthritis.

What are those signs?