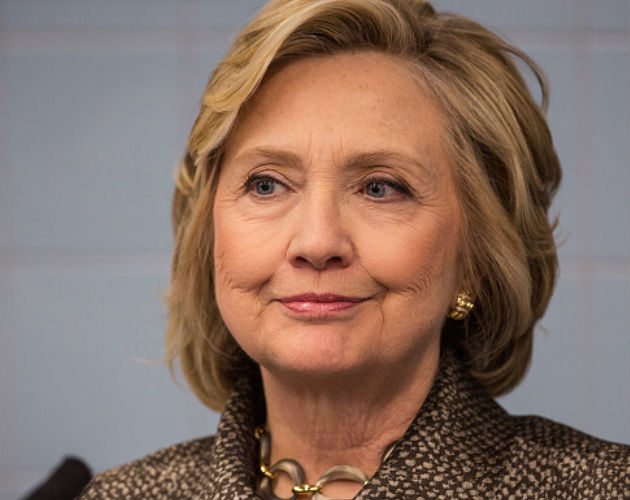 Yesterday was not any given Sunday, as Hillary Rodham Clinton, wife of former U.S. president, Bill Clinton, announced that she would run for president in 2016.

“Everyday Americans need a champion. And I want to be that champion,” Clinton said in a video released on her website, which quickly dispersed across social media.

“So I’m hitting the road to earn your vote—because it’s your time. And I hope you’ll join me on this journey.”

Clinton is the first Democrat to announce a bid for the presidency, with this being her second attempt at the top spot (the first was back in 2008 when she lost out to Barack Obama in the primaries).

As she gears up to begin her campaign of primary states, speculations fly as to whether or not the former first lady will make her way back to the White House—this time to wear the title of Madam President.

It’s safe to say, it won’t come without a fight. Her detractors wasted no time in slamming the possibility of another Clinton-run country.

“The Clintons believe they are above the law. America, what we need right now is #libertynothillary,” tweeted Senator Rand Paul who announced his own candidacy last week.

The Clintons believe they are above the law. America, what we need right now is #libertynothillary pic.twitter.com/25VGsFaeHl

Early on Sunday, Paul also released a video that claimed Clinton represented, “… the worst of the Washington machine—the arrogance of power, corruption and cover-up, conflicts of interest and failed leadership with tragic consequences.”

“Hillary Clinton represents the failed policies of the past,” a voice over claimed in a video posted on the YouTube channel for Republican hopeful, Senator Ted Cruz.

And on Sunday morning, former Florida Governor, Jeb Bush, released a video saying the nation, “must do better than the Obama-Clinton foreign policy.”

But, the former Secretary of State appears ready for the challenging year ahead. Just minutes before her announcement, her campaign chairman, John D. Podesta, sent emails alerting donors and longtime Clinton associates to her candidacy.

Her strategic emphasis on “everyday Americans” is echoed by her actions: she is already set to visit small communities in Iowa and New Hampshire for roundtable discussions with voters as early as this week.

The goal: to reconnect with supporters and reinforce her platform that speaks strongly to rebuilding the American middle class.

What do you think about Hillary Clinton’s presidential bid? Share your thoughts in the comments section below.