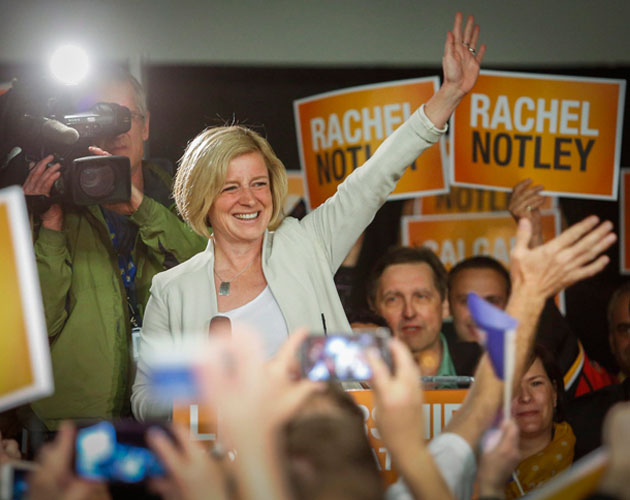 While the Calgary Flames were able to breathe new life into Alberta’s playoff hopes with a clutch 4-3 win Wednesday night, the Progressive Conservatives weren’t so lucky, losing the provincial election to the upstart NDP and squandering a 43-year-old political dynasty in the process.

So, for the first time since 1971, Albertans woke up to a new party, the upstart NDP and the newly crowned premier, 51-year-old Rachel Notley.

On their way to winning a majority, The NDP was able to pick up momentum throughout the campaign. Alberta voters were clearly turned off with the Progressive Conservatives since Ralph Klein left office and many of the party’s traditional right-wing supporters had abandoned the PCs in favour Wildrose Party. This showed in Wednesday’s results: the PCs were reduced to a third-party status.

Notley ran a masterful campaign and was highly effective in recognizing and capitalizing on voter distate for the PCs and general unrest among the population due to falling oil revenues.

With a new government in place, Albertans will have to get used to what the rest of Canadians have grown to expect from their provincial governments – more spending and, of course, higher taxes.