Harper is Seizing the Season but Are We Ready for a Marathon? 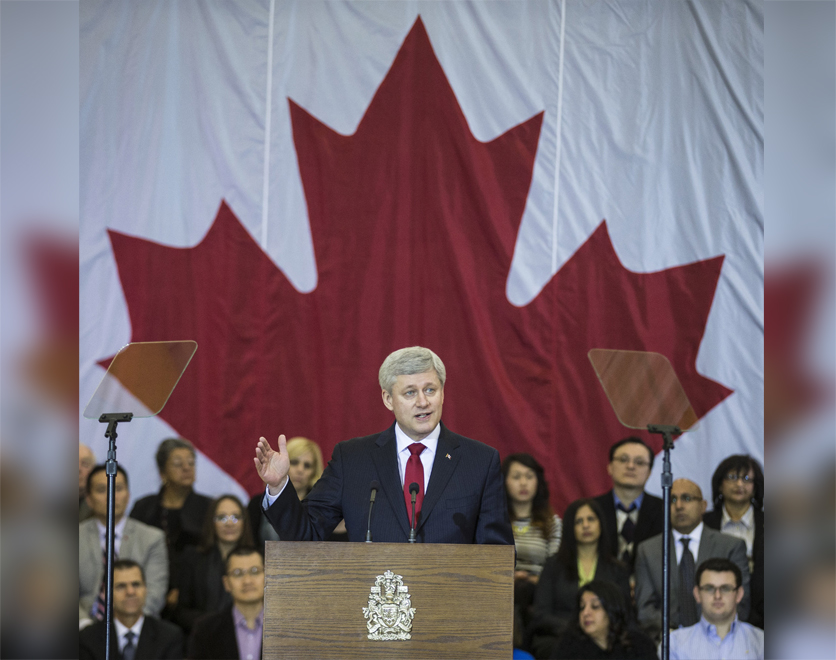 If you always felt cheated by the 18-month wooing and courting of American voters by their presidential candidates, you must be overjoyed by the prospect of the longest official election campaign in Canada ever in modern times— 78 days.

Eleven weeks! Most medication kicks in long before that.

But oh, the thrill of candidates knocking on condo doors from mid-summer ’til it’s time to change to winter tires.

The pleasure of planting lawn signs in the plush grass of early August and watching how the dried leaves of mid-October pile up around them, making raking more of a chore.

It’s when Canadians celebrate being well-fed, blessed and grateful for what we have. Harper is hoping that includes his Tory government.

Post-Thanksgiving, the election is also pre-Hallowe’en, which is a holiday for people who find nothing more scary than more Harper. Better to get the election over and done with before other party leaders start talking about slasher scenarios and accusing the Tories of sucking the blood of ordinary Canadians.

The date of the election also coincides with a season when Canadians feel content and maybe just a bit nostalgic. Autumn is the season we don’t want to miss, coming before the season we do want to miss. It’s a time for apple-picking and harvest moons and weekend excursions to enjoy the fall foliage.

It’s not a time for leaving the country. October is one of the peak months for hurricanes in Cuba, Mexico, and Florida There’s an almost 50 per cent chance it will rain on any given day in Paris in October. In London, rain occurs on about 20 days in October with about 16 having moderate to sometimes heavy rains.

Better to stay home, hear what the candidates have to say (change, economy, change, taxes, change) and make it a point to get to the polls.

You may not agree with all — or indeed, any — of Harper’s policies but give him credit for picking the perfect date for a Canadian election.

As for the lengthy time between calling the election and voting day, well, that could be a problem.

With all this much time until the polls open, Justin Trudeau just might be ready.