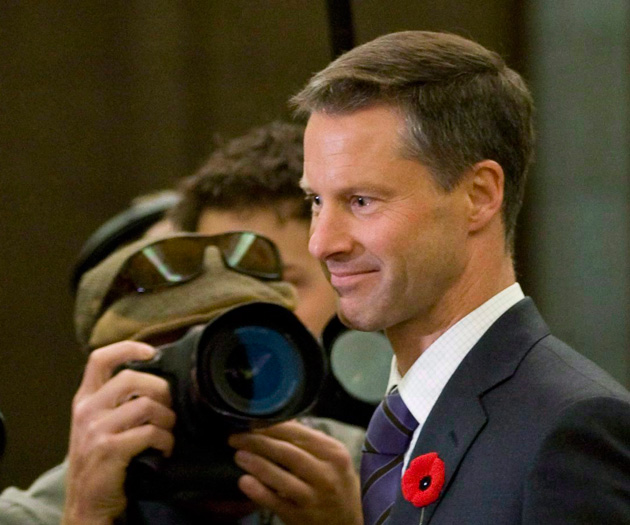 In the first day of his appearance at the fraud trial of Senator Mike Duffy, Nigel Wright testified that he did not inform Prime Minister Stephen Harper about the $90,000 cheque he wrote to cover Duffy’s inappropriate expense claims.

When asked by Crown prosecutors if he had informed the Prime Minister about the plan to pay off Duffy’s expenses in order to make the whole problem disappear, Wright responded:

The trial resumes tomorrow as Wright will take the stand to face what’s expected to be a gruelling cross examination from Duffy’s lawyer, Donald Bayne.