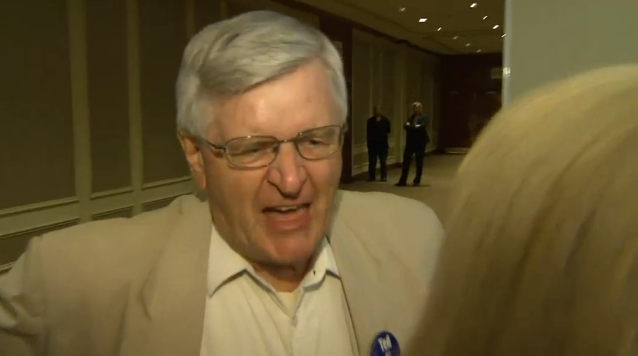 An already bad week for the Stephen Harper re-election campaign grew even worse as a video of an angry Conservative supporter began making the rounds on the Internet.

In the video, a man later identified as Earl Cowan, unleashes an angry, obscenity-laden tirade against the media, after a Harper election stop in the Toronto-area riding of Etobicoke. The man was incensed because he felt the media was going overboard in their grilling of Stephen Harper over the Mike Duffy scandal.

The main thrust of Cowan’s argument was that members of the political media, especially those in Toronto, are “lying pieces of s—” who likely “cheat more on their taxes than Duffy.” The media didn’t deny Cowan’s claims but instead tried to egg him on to make more outlandish statements.

He was finally dragged away from the cameras but not before the damage had been done. The media got the clip they wanted, a video that will live online for the rest of the election, used gleefully by the other parties in an attempt to portray Cowan as a typical Conservative voter.