Harper: Trudeau Promises to “Spend More on Everything” 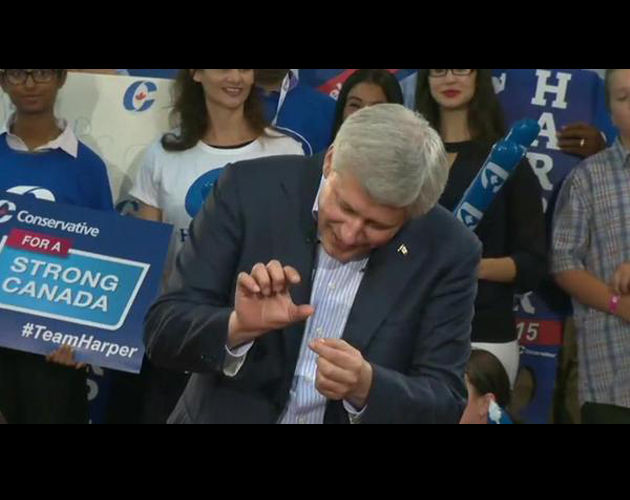 On Thursday, Justin Trudeau promised that, if elected, his government would spend $60 billion in infrastructure improvements and run “modest” budget deficits until 2019, a pledge that drew much light-hearted mockery from Prime Minister Stephen Harper.

Trudeau announced that the Liberals would invest $60 billion new dollars over the next 10 years, saying “the largest infrastructure investment in Canadian history” would boost jobs and galvanize the struggling economy. The money, he says, would go toward improving public transit, affordable housing and daycare and clean energy.

In promising to spend more and run up the debt, Trudeau has finally managed to carve out ideological space between the Liberals and the other parties. He criticized both the NDP and Conservatives for emphasizing austerity and spending cuts over job creation, saying Harper’s plans would “remove millions and billions from the Canadian economy.”

Mulcair responded to Trudeau’s jibes by saying that the NDP’s first budget in power would be a balanced one. And Harper retorted that Trudeau has made “tens of billions of dollars of spending promises … he has no idea what he’s talking about” other than the fact he’ll “spend more on everything.”