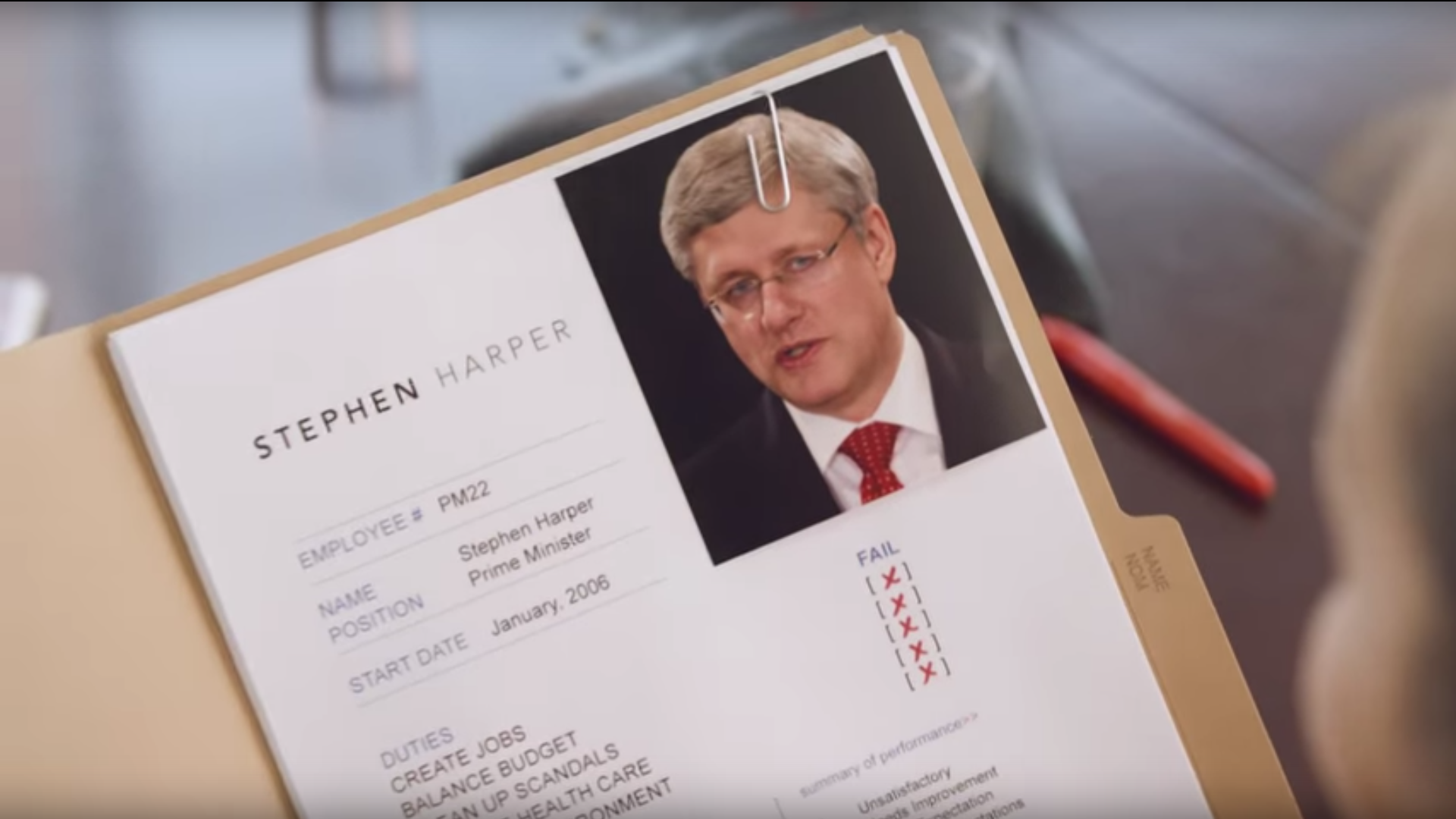 If the NDP could bring as much wit and cleverness to the way they’d govern the country as they bring to their new laugh-out-loud parody ad, let’s vote ‘em in!

The ad parodies the now iconic ad the Tories directed at Trudeau that concludes with “He’s Just Not Ready” written across the top of the resume. Set up to resemble that ad, with people perusing a candidate’s professional resume — in this case, Harper’s — the NDP ad concludes, “Time To Let Him Go.”

“We’ve had a lot of complaints,” says one woman.

Then there’s criticisms of Harper’s record on jobs — which he’s “supposed to be good at.”

“Time to let him go,” advises the first woman.

The group then promotes Mulcair’s qualifications and his provincial cabinet experience, concluding that he’s “up for the job” and “ready.”

The kicker echoes the Tory attack on Trudeau.

“Nice hair, though,” a man in the NDP ad says about Harper.

The Conservative, New Democrat and Liberal national parties could pour an unprecedented $20 to $30 million each into their respective broadcast ad wars, plus millions more in regional ads by local candidates, reports the Canadian Press.

CP bases that prediction on spending during the shorter 2011 campaign when, according to Elections Canada returns, the big three national parties spent between 39 and 50 per cent of their election campaign budgets on TV and radio advertising — a combined total of $28 million, not including “local” ads by individual candidates, who have their own spending limits.