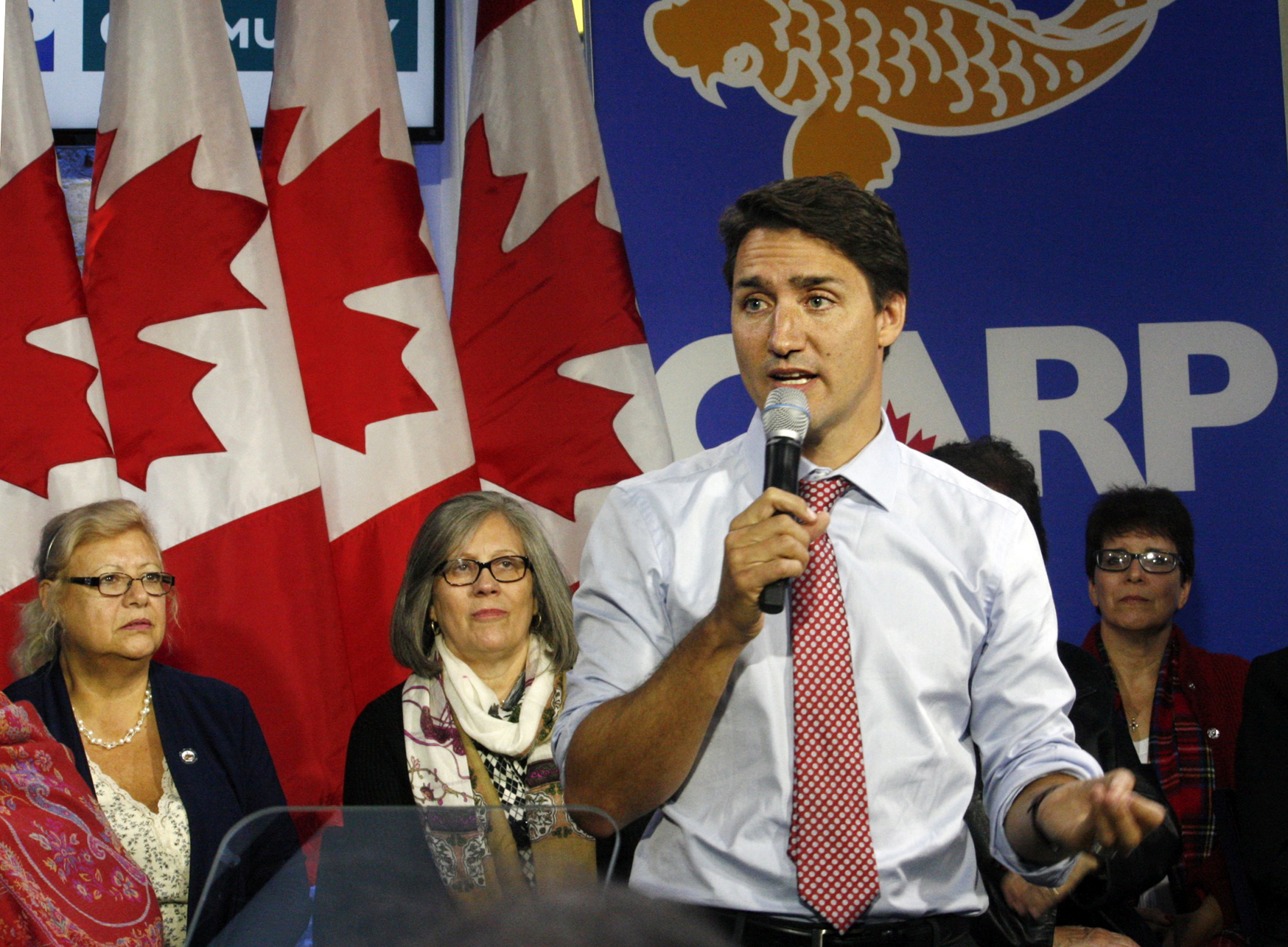 Held at the Zoomerplex in Liberty Village (home of CARP and its affiliate, ZoomerMedia), Trudeau was introduced by CARP president Moses Znaimer, who made allusion to the fact that now that Trudeau was in his mid-40s, the Liberal leader could qualify as a Zoomer.

Before making his announcement to a gathering of supporters and CARP members, Trudeau attacked Prime Minister Stephen Harper for focusing his efforts on spending cuts rather than supporting low-income seniors. And he accused NDP leader Tom Mulcair of making “foolish and irresponsible” promises while maintaining he’d balance the budget. “You can’t be Tommy Douglas on a Stephen Harper Budget,” he told supporters.

Trudeau’s Monday announcements were basically a reprisal of promises he’d made at the CARP annual general meeting he attended in Oct. 2014. He committed his party to:

Afterward, Trudeau fielded questions from CARP members before turning it over to the national media.

CARP has extended all three parties an offer to have a town hall meeting with CARP members to introduce election promises that align with senior issues and to take questions from CARP members. Trudeau has so far been the only leader to avail himself of this opportunity.