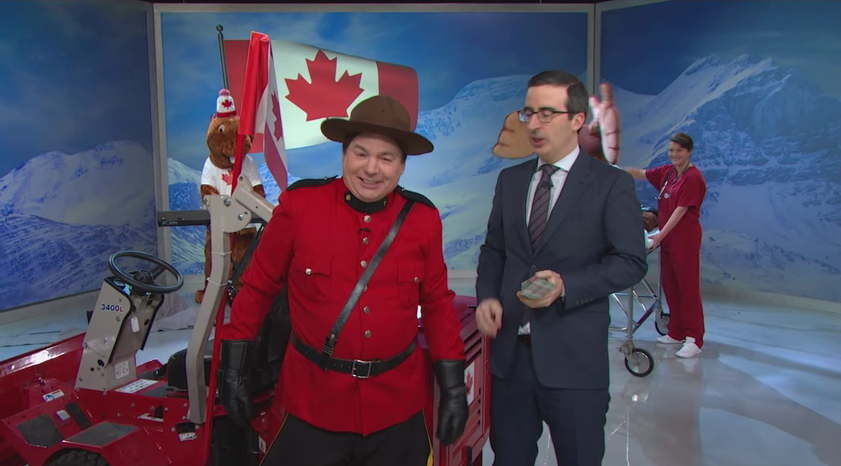 Last night John Oliver talked about the Canadian election and broke down the three forefront parties. While talking about NDP leader Mulcair, he made note of his lack of party slogans, brought up Justin’s youth, and even equated Harper to an alien in disguise of a human.

He further goes on to stand next to a beaver playing piano, a moose getting a colonoscope, and brings out Mike Myers dressed as a Mountie, all in the hopes of swaying Canadians to vote out Stephen Harper. While a little over the top, and crass at moments, he does bring up some interesting points about all three Canadian leaders.