Will Liberals Keep Promises Made to Older Voters? 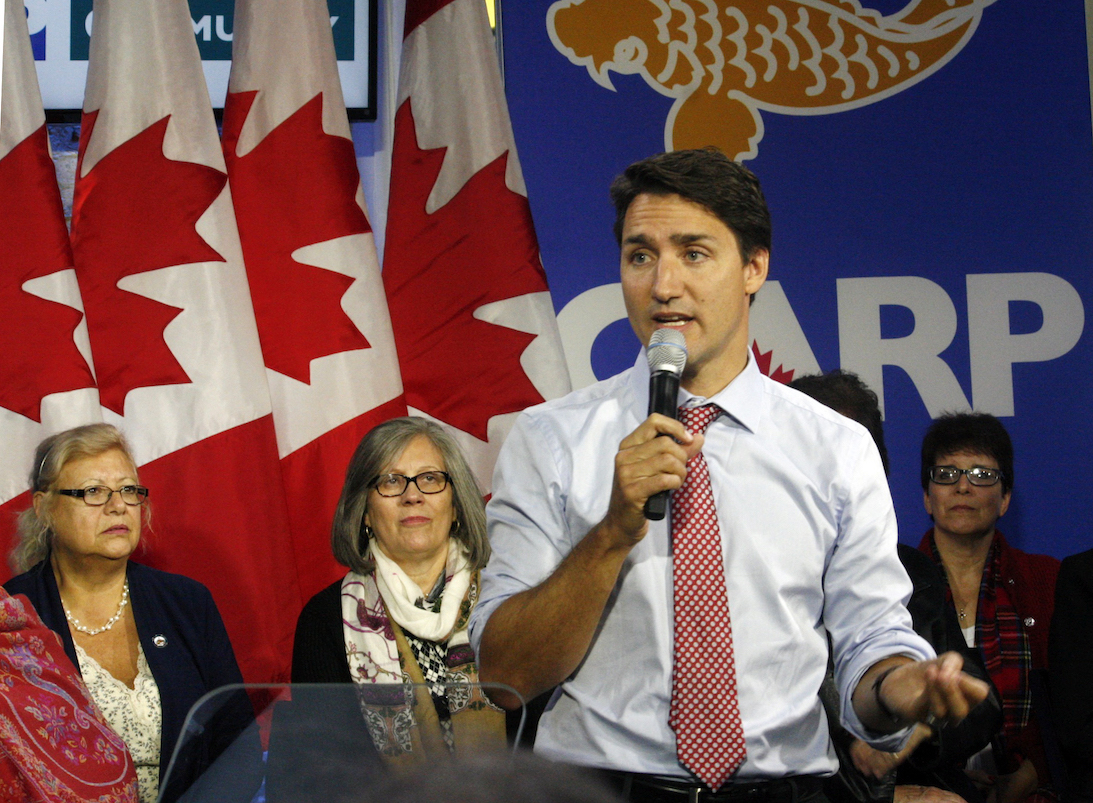 One of the keys to the Liberal majority victory last night was the party’s ability to devise a platform that appealed to older voters. Although demographic breakdowns aren’t yet available, the strategy seems to have paid off – a late CARP poll showed as many as 45 per cent of members had decided to support the Liberals, a huge swing from past two elections when older voters stood solidly behind the Conservatives.

As soon as he assumed leadership of the Liberal Party, Justin Trudeau identified the strategic role older voters would play in deciding the outcome of the election. And so he set about to curry this prized demographic, visiting the CARP Annual General Meeting in 2014 and making a well-publicized campaign stop in September 2015, using that visit as the backdrop for a last-minute television ad.

That seniors strategy seems to have paid off, says Susan Eng, executive vice-president of CARP.

“Trudeau committed to CARP members in person, not once but twice, that he would increase the CPP and return the OAS age to 65 among numerous promises all of which would improve the lives of all Canadians as we age.”

Here is a list of promises Trudeau made to older Canadians in his election campaign.