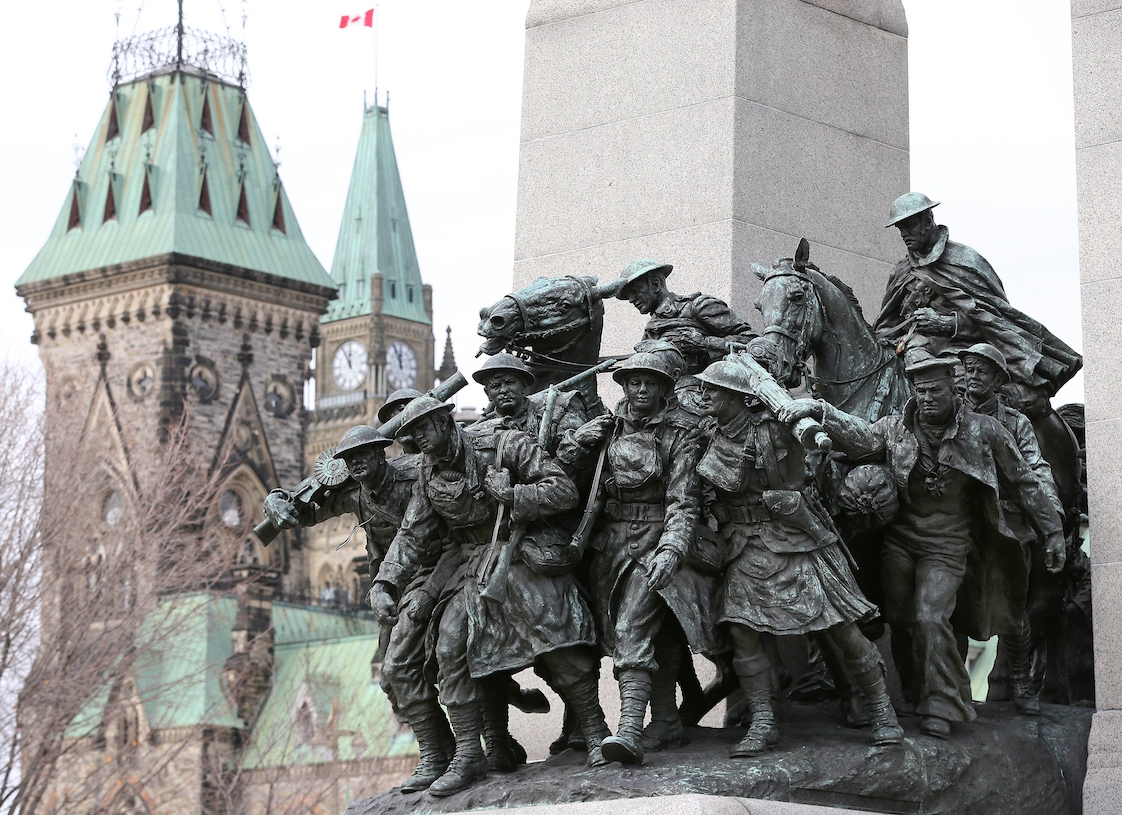 One year after that horrifying moment when a volley of shots rang out on Parliament Hill, a ceremony was held in Ottawa to honour the soldier who died.

With outgoing Prime Minister Stephen Harper, Prime Minister-designate Justin Trudeau, Governor General David Johnston and the families of fallen soldiers, as well as hundreds of members of the armed forces, we look back at the day when Canada became an unwilling victim of the global Islamic terrorist movement.

The events of this fateful day are seared in our memories. Shortly before 10 a.m. on what started as a routine day in our nation’s capital, crazed gunman Michael Zehaf-Bibeau opened fire at the Canadian National War Memorial, killing Corporal Nathan Cirillo, who was on ceremonial sentry duty at the monument. Zehaf-Bibeau then ran into Centre Block of the Parliament buildings and commenced a shootout with armed security officers, who shot him dead.

The shaky camera footage of that bewildering scene shocked the nation and made us face up to the fact we’d witnessed a terrorist attack on our normally peaceful soil, the most alarming of its kind driven by what the RCMP called “ideological and political motives.”

A unified response to terror

The attack drew all Canadians together, including our federal politicians who put aside their usual rancor and presented a unified front against terrorism. Then Prime Minister Stephen Harper said the events were “a grim reminder that Canada is not immune to the types of terrorist attacks we have seen elsewhere around the world.”

Justin Trudeau said: “Canadians know acts such as these committed in the name of Islam are an aberration of [the Muslim] faith. Mutual respect and admiration will help to prevent the influence of distorted ideological propaganda posing as religion.” And NDP leader Tom Mulcair called it a “cowardly act.”

The Ottawa shooting, combined with the targeted killing in Quebec of Warrant Officer Patrice Vincent, further prompted the passage of the controversial Bill C-51 (the Anti-Terrorism Act) which gave national security agencies new powers to gather information and limit the movements of potential terrorists.

Could the attacks have been avoided?

Recently, the CBC reported that newly disclosed documents show the RCMP had received at least three warnings leading up to the attack but had “wound down extra patrols around the parliamentary precinct just days before the tragedy.”

Speaking to the CBC, Senator Vern White, Ottawa’s former chief of police, detailed how the terrible incidents have changed everything. “This is a bit of our new normal. I’m not going to suggest what will happen tomorrow, but I do think we’re always at risk now.”