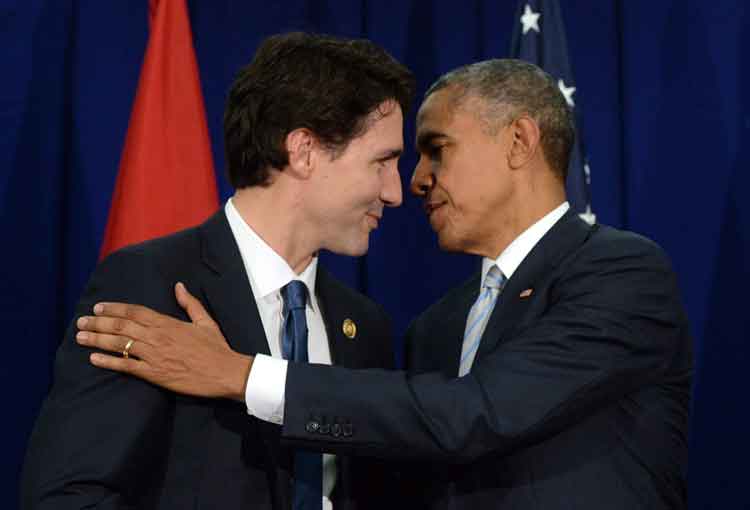 You might not believe it but Justin Trudeau’s first official visit to Washington this week won’t be all exclusive cocktail parties and black-tie affairs. Yes, the Prime Minister will be out to charm his hosts and win over political allies. But he’ll also take time away from the galas to meet with President Obama and discuss issues that concern both countries.

The number one discussion point could well be the environment. Both leaders enthusiastically hailed last year’s Paris agreement, which impelled all countries to protect the environment by drasticly reduce greenhouse gas emissions. This week, U.S. officials noted that Obama and Trudeau both bonded during the Paris discussions, saying the pair have formed a “special relationship” based on their “progressive vision of governance” and a “commitment to diversity.” Trudeau will likely use this opportunity to set the groundwork for future efforts.

Some analysts, including John Manley (foreign affairs minister under Jean Chretien) feel that the lengthy border between the two nations will also come up in discussion. On border security, Manley suggests the two sides should begin talks on building a system that shares data on terrorists, such as no-fly lists. He also feels Trudeau should highlight the necessity of ensuring that a free flow of goods exists between the two nations.

While Justin Trudeau and Obama get along like a house afire, the same could not be said for Pierre Trudeau and then President Richard Nixon. The two were, in fact, polar opposites. Trudeau Sr. was dashing, quick-witted and at ease in any social occasion. Nixon, while highly intelligent, seemed a darker personality completely lacking social skills. Naturally, they detested each other and their meetings were often punctuated with much sparring and testy outbursts. The tapes of the discussions between the two leaders reveal that, after a meeting, Nixon often berated Trudeau to his cabinet, calling him “a son of a bitch,” “a pompous egghead” and “an asshole.” When informed of this after the meeting, the elder Trudeau quickly responded: “I’ve been called worse things by better people.”

It’s unlikely this week’s meetings will descend to these levels.