State Dinner: The Trudeaus Arrive to Dine at the White House 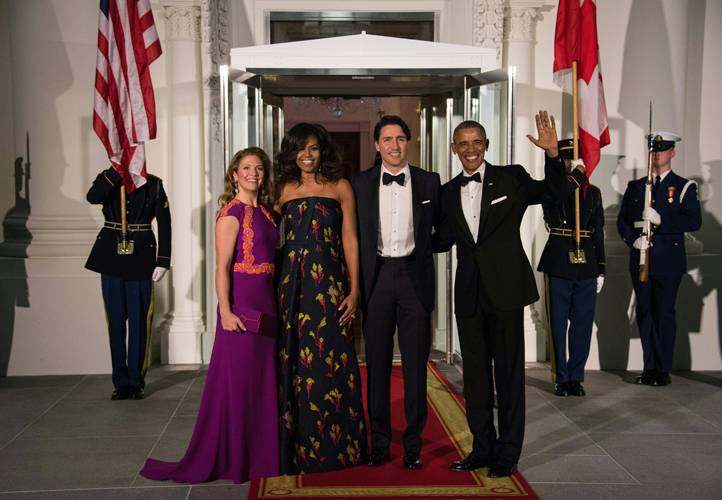 It was the centrepiece and the much anticipated event of the three-day State Visit to Washington, DC. Tonight President Barack Obama and First Lady Michelle Obama welcomed Prime Minister Justin Trudeau and his wife Sophie Grégoire-Trudeau to the White House for a State Dinner. Mrs. Trudeau was wearing a gown by Toronto designer Lucian Matis. He gave an exclusive interview, prior to her appearance for the evening, to the CBC’s Power and Politics, describing the dress’ bold colour and beaded embellishment with a hint of sexiness. The designer said he hoped Mrs. Trudeau did not end up on any worst-dressed lists. There’s no chance of that.