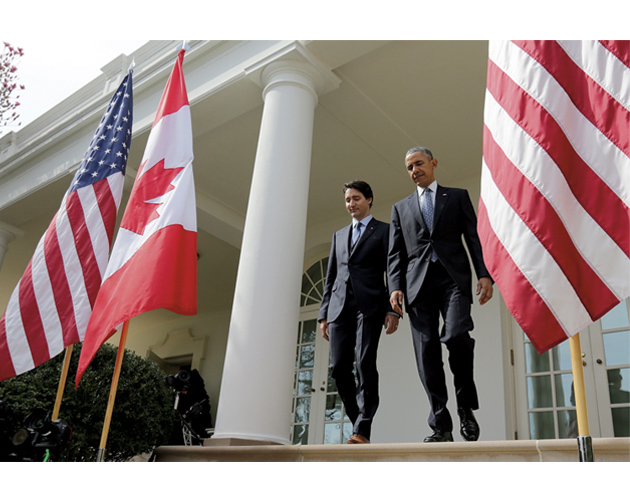 This week’s public love-fest between President Barack Obama and Prime Minister Justin Trudeau culminated in a joint statement issued by the two leaders, on Thursday, which highlighted the future policy agreements and goals between Canada and “its closest neighbour, partner and ally.”

In the statement, the two leaders covered a lot of issues but reiterated their “common vision of a prosperous and sustainable North American economy” and promised to  to “emphasize and embrace the special relationship between the two countries and their history of close collaboration.”

There is no relationship in the world quite like the Canada-US relationship. pic.twitter.com/kMRQDSgKRn

A climate of cooperation

The number one time on the leaders’ agenda appeared to be “the full implementation” of last year’s Paris Agreement on the climate change, including a drastic reduction of methane emissions from the oil and gas sector, the reduction of hydroflourocarbons and the advancement of clean energy.

Besides resolving a number of airport customs issues, the two countries agreed to “trade facilitation, strengthening supply chain benefits, innovation, and cybersecurity implications for business and trade” And the statement said Canada and the U.S. “will fully implement a system to exchange basic biographic entry information at the land border” to “ensure border security.”