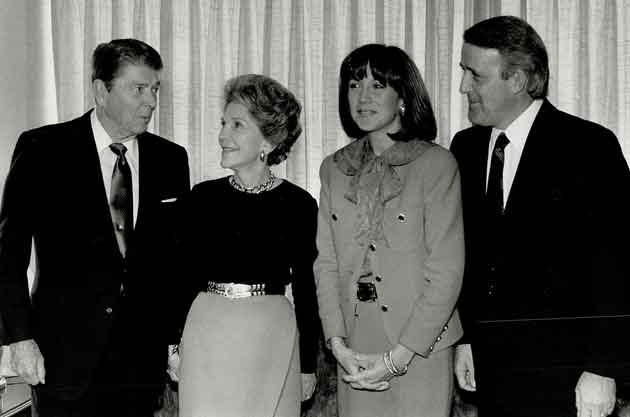 The three days of events and images showcasing the personal bond between President Barack Obama and Prime Minister Justin Trudeau takes us back to the heady days of the Shamrock Summit when Prime Minister Brian Mulroney and President Ronald Reagan, both of Irish descent, met on St. Patrick’s Day, 1985, in Quebec City, a meeting capped by the charismatic leaders and their fashion-plate wives singing “When Irish eyes Are Smiling.”

Mulroney praised the couple’s unique partnership in eloquent language and in his sonorous tones – so fitting to the occasion – before reading the letter, one of the multitudes Ronnie wrote to Nancy over the decades, this one on the occasion of their first Christmas in the White House.

“Dear Mrs. R,” it began as Reagan wrote in poetic terms of how the many aspects of his wife’s character helped shape his life, quoting Browning with “How do I love thee? Let me count the ways.”

Mulroney also shared a moment when together in Ottawa in 1987, he and the President watched their wives alight from a car. “They looked liked a million bucks,” reminisced Mulroney. “The President turned to me and said, ‘You know, Brian, for a couple of Irish guys, we sure married up. “