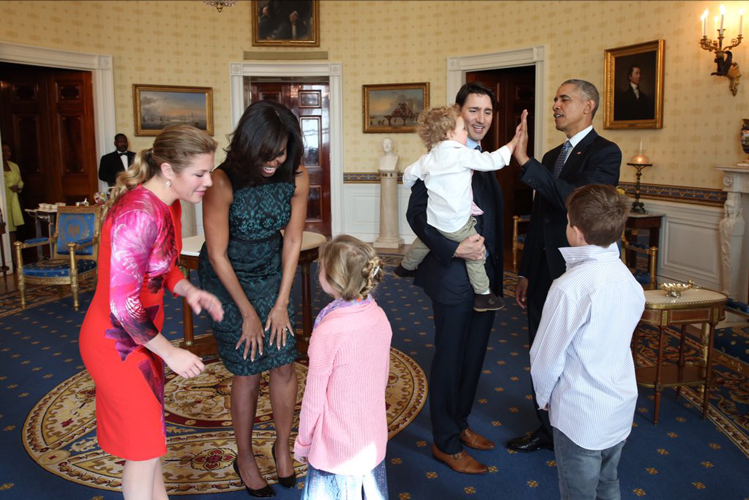 Prime Minister Justin Trudeau, his wife Sophie Grégoire-Trudeau and their children Xavier, Ella-Grace and Hadrian arrived in Washington on Wednesday, the first official state visit by a Canadian Prime Minister to the U.S, in 19 years. They’ve been welcomed by President Barack Obama and First Lady Michelle Obama, spent some time at the White House, received a full ceremonial welcome, serenaded by Canadian-American singer songwriter Rufus Wainwright and attended a lavish state dinner. Below is a social media recap of the Trudeau family’s trip so far…

The toast: “May my grey hair come in at a much slower rate than yours…” #StateDinner pic.twitter.com/uUY5W8g0vW

Quite the welcome at the @whitehouse for @justintrudeau and family #cdnpoli #PMJTinDC pic.twitter.com/1etWndNJXT

thank you for inviting me to this historical evening. an honor to witness this moment my friend and Prime Minister @justinpjtrudeau