Ways to Support a Grieving Friend 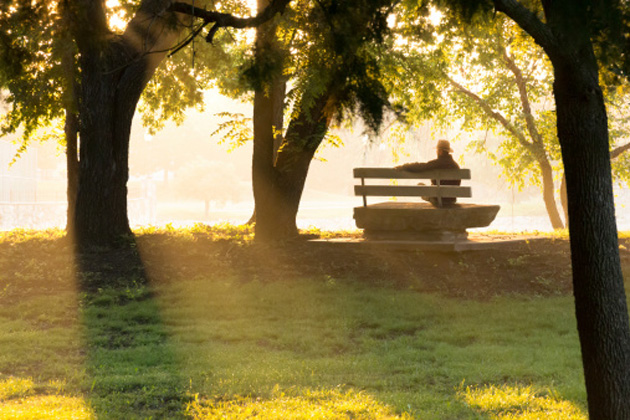 Don’t let the myths be your guide

“Bereaved people are some of the most selfless people in the world. They never want to inflict their pain on anybody.”

This observation comes from experience.

Clinical psychologist and author Dr. Stephen Fleming has a private practice in Brampton and Mississauga, Ont. He teaches psychology at York University and during the 1970s was among the first professionals to counsel Bereaved Families of Ontario. He knows what grief looks like.

Just because the grief-stricken fear being a burden doesn’t mean they don’t want – or need – support. They do.

If you have a bereaved friend and you want to help, but aren’t sure how, here’s what Dr. Fleming suggests.

First be aware of these two myths:

The grief-stricken will recover: “It’s the word ‘recover’ that’s problematic,” says Dr. Fleming. “You have to remember that death ends a life. It does not end a relationship. Even if the person isn’t physically present there’s still an ongoing attachment with the deceased. You don’t ‘recover’ from that. You don’t put ‘closure’ on that. The person is still in your thoughts. They’re still a part of your life. So it’s not like the flu. There’s no closing of one door and the opening of another.”

It just takes time: “We have this perception that somewhere after four or six months people recover, get over it and go on. There is no evidence of that at all,” Dr. Fleming says. “If it was a significant relationship and that person is now gone, there is no way to know how long or how intense the grieving will be.”

So accepting these two myths, what then can you do to support a bereaved friend? Here’s Dr. Fleming’s advice:

1) You initiate contact: Don’t say things like, ‘if you want to have lunch sometime, give me a call’. It won’t happen. “When someone doesn’t have the energy to brush their teeth in the morning, you can’t put the onus on them to initiate social contact.” Instead, be specific and proactive. Say things like, ‘I’ll come by and pick you up on Thursday at 3:00 and we’ll go for coffee’ or ‘let’s go to a movie Saturday night.’

2) Record important dates: Know your friend’s problematic dates. That includes the deceased’s birthday, the day he/she died, an anniversary. And note special holidays like Valentine’s Day or Mother’s Day. “The calendar then becomes a psychological minefield, so make sure you’re available in whatever way you can be on those days,” he suggests.

3) Used the deceased’s name: Refer to the person who has died and use their name in conversation. “If you don’t, it conveys the idea they never existed.”

4) Don’t be afraid of the pain: We often do our best to avoid making a grieving friend cry, but “they’re crying on the inside anyway,” as Dr. Fleming puts it. “If you have the courage to stay with the pain during an emotional moment, then they’ll usually feel comforted and very safe, which is important.” Don’t turn away from the pain. Let it happen.

5) Avoid the clichés and pep talks: Sometimes you won’t know what to say to a grieving friend. So just listen. And don’t reach for pat phrases like ‘they’re in a better place now,’ ‘time heals all wounds’ and ‘be strong’. These comments are not helpful.

And when you wonder if your friend will ever feel happy again, perhaps take comfort in what Dr. Fleming calls “the flick of the BIC” (as in the lighter).

“After a profound loss all someone feels is pain and they begin to think this is their new reality. Early on in grief it’s a little like being in a completely black room. You can’t even see your hand in front of your face. And then there’s a flick of the BIC. It goes for a split second. That split second it’s on you feel warmth and you catch a glimpse of the room you’re in – and it’s a room that is not familiar to you at all. And then it goes off and it stays off.

“And then it will flick again. You’ll feel light and warmth and you’ll see another part of the room you’re now living in. That dark room is life without the person you loved. The world has changed completely. You may know the house you’re in physically, but you go to bed alone. You wake up alone.”

So where does the warmth and the heat come from?

“It comes from having lunch with a friend and talking about their life too. It comes from holding a grandchild and smelling them. That’s the flick of the BIC and that’s how it starts.”

Over time, says Dr. Fleming, “the BIC will go off more frequently and stay on longer.”

“There’s the hope. But it starts small.”