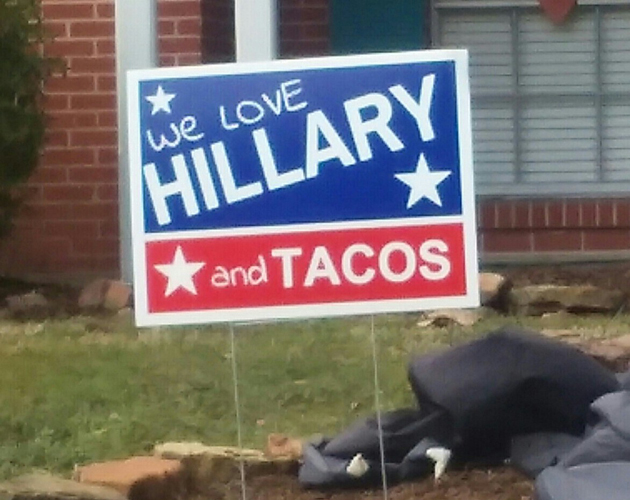 Judy Gerstel is in Texas on Election Day—and she’s ready to change into a pantsuit to watch the results.

Houston, Texas—where I have spent five days and will spend five more because of the death of an in-law—is a fascinating place to be on the eve of this historic election.

The airport I flew into is named for George Bush and Texas is a reliably red state, with more electoral college votes than any other state except California.

It’s also a severely conflicted state. Texans are proud, patriotic Americans and yet they wish the American government would just go away and leave them alone.

So it’s easy to see why dyed-in-the-wool Texans vote Republican and can even bring themselves to vote for Donald Trump, with his hands-off approach and macho posturing that matches that of Texas itself.

Still, most of the women I’ve talked to here in Houston are voting for Hillary Clinton. They’re repelled less by Democratic largesse than they are by Trump’s attitudes and actions.

Women jumping to the Democrats may not make a huge difference in the voting pattern. But combined with the growing population of Latinos who resent the way Trump talks about Mexicans, immigrants and the infamous wall he wants to build, there’s a possibility, albeit slight, that Clinton could take the Lone Star state and its 38 electoral college votes.

What a stunning blow it would be for the Republicans to lose Texas for the first time since 1976.

If it happens, it will be because those of Mexican heritage and women, the very people Trump dismisses and disrespects, made it happen.

Even if Clinton loses, it could be close. And if she does win overall, that would be satisfying enough.

The funeral of my family member is taking place in Houston on Election Day.

Later in the evening, after condolences are offered and accepted, after the religious service and the reception that follows, I will change into a pantsuit to watch the election results. If all goes as well as expected, I will celebrate by eating tacos.