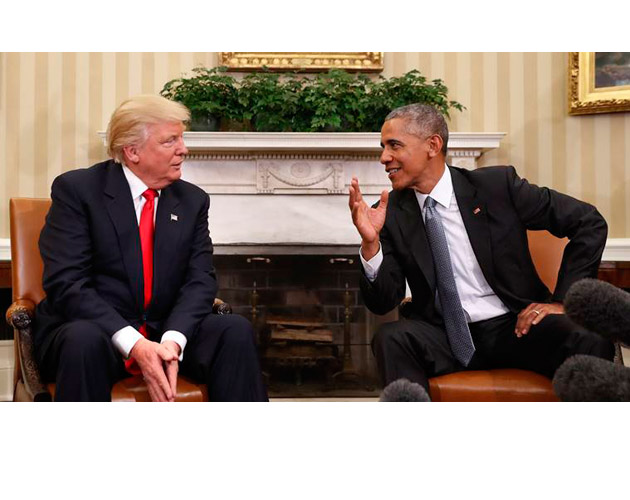 Donald Trump travelled to Washington from New York earlier today on his first official visit to the White House.

Barack Obama and Donald Trump met for the first time today and, while the tension in the room was palpable, the two still managed to crack a smile or two at the end.

Facing a wall of reporters, Obama and Trump—two men who have been openly critical of each other since the start of the campaign—began the process of transferring power, meeting behind closed doors for 90 minutes before making a public statement.

Prior to the election, Trump had questioned Obama’s US citizenship, vowing to dismantle his legacy. On his end, Obama openly called Trump “uniquely unqualified” for the role of president.

But the pair made every attempt to put their history behind them and made the best of their first encounter—at the end, Obama even offers Trump some playful advice about dealing with journalists’ questions.

Watch the full video below.