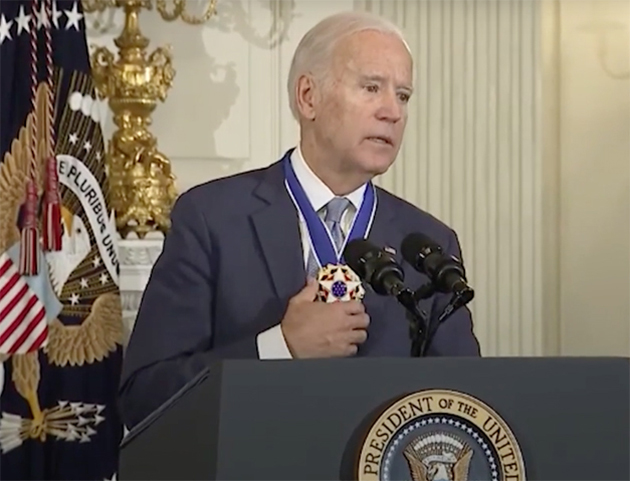 President Barack Obama surprises his Vice President, Joe Biden, by rewarding him the Presidential Medal of Freedom with Distinction.

The televised ceremony, disguised as a farewell address by Obama, caught Biden entirely unawares last night. “I don’t deserve this,” Biden says fighting back tears. “But I know this came from the president’s heart.”

The camaraderie between Obama, 55, and Biden, who’s 24 years his senior, seems to defy any generational commonality and their bond hasn’t gone unnoticed. The two have sparked a flurry of Internet memes, with some calling the relationship the ultimate “bromance.” Biden, however, calls it a friendship he’s “indebted to.”

What better way to cap off eight years together in the White House.