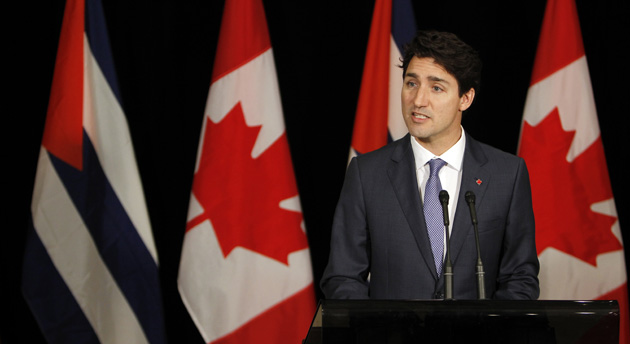 Electoral reform was supposed to be an issue near and dear to Prime Minister Justin Trudeau. So why did he abruptly announce that his much-anticipated promise was no longer a priority?

“A clear preference for a new electoral system, let alone a consensus, has not emerged,” Trudeau wrote in a letter read by Democratic Minister Karina Gould (who was supposedly in charge of changing the system). “Furthermore, without a clear preference or a clear question, a referendum would not be in Canada’s interest.”

The announcement sent shock waves through politicians from all parties, especially those who had been working collaboratively on co-drafting electoral reform legislation. Nathan Cullen, an NDP representative, was particularly piqued.

“What Mr. Trudeau proved himself today was to be a liar,” said Cullen. “It puts into question any commitment, any promise Mr. Trudeau makes or has made in the past.”

Green Party leader Elizabeth May, who served on a special committee to look into voting reform, was equally critical. “I am deeply afraid that this betrayal will strike much more deeply in the hearts of Canadians than Prime Minister Trudeau realizes, particularly among young people.”

While various polls showed that Canadians were in favour of electoral reform, it wasn’t by an overwhelming margin and Trudeau felt he couldn’t act without broad support.

“There is no clear path forward,” Trudeau concluded. “I am not going to do something that is wrong for Canadians just to tick a box on an electoral platform.”

It’s unclear whether he’s shelved the idea of changing or voting system temporarily or has decided to ditched it altogether.

Whatever the outcome, it seems he’s already seriously mishandled one of the Liberals’ biggest election promises.