Riding The Political Wave: Who Did It Best—Barack Obama Or Jean Chrétien? 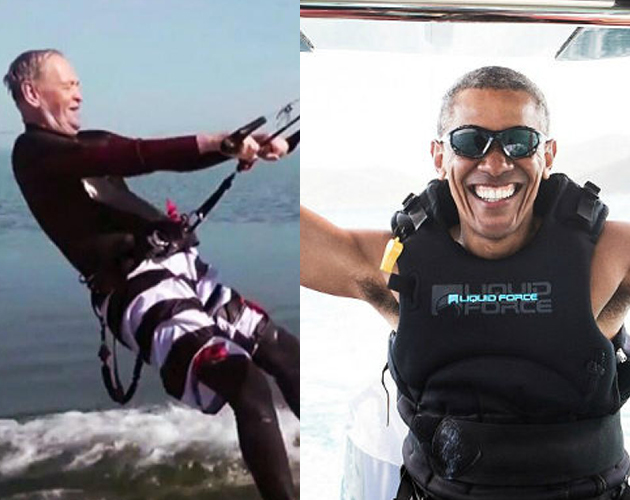 Barack Obama clearly isn’t all that exhausted from his eight years in office.

While on a recent vacation in the British Virgin Islands, the former president took to the waves with Virgin Group founder Richard Branson for a friendly challenge. Branson wagered he could learn to foil board before Obama could learn to kite surf. The winner would be whoever stayed up the longest.

With youth on his side, the 55-year-old Obama edged out the 66-year-old Branson by a solid 50 metres.

However, Obama isn’t the first former world leader to jump from political wave to riptide. Canada’s former prime minister Jean Chrétien—who was 79 years old at the time—also tried his hand at kitesurfing while vacationing in Buxton, North Carolina.

Unlike Obama, however, the wind wasn’t on his side—he’d have to settle for a simulation of sorts off the side of a speedboat. Either way, life after politics seems to offer its fair share of excitement.