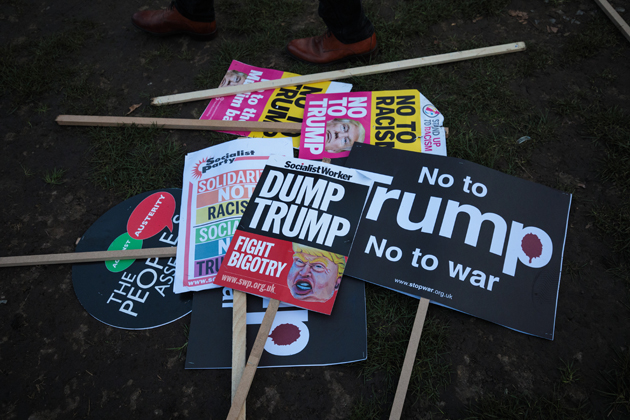 It’s almost getting embarrassing to be Canadian.

We’re having a huge national “aw shucks” moment what with all the love and virtual hugs and fulsome praise coming our way.

It’s coming from all over the world with surveys that rank us at or near the top of lists of best places to live, most admired nations, best quality of life.

But, in particular, it’s coming from across the border.

Americans all of a sudden think we’re hot stuff, no longer the cold white neighbour to the north.

We’ve gone from being seen as boring and dull and easily dismissed to becoming a country that’s fascinating and enviable.

Canadians used to be patronized and even a little ridiculed for being so nice.

Now that America has turned mean-spirited and ungenerous, our high regard for social justice and helping people who need help comes across as a beacon of civilized behaviour to all those millions of Americans who didn’t vote for Donald Trump—and maybe, as his policies are put into practice, more and more who did.

The more insane things get over there, the more sane and healthy we seem here. Healthy, especially. They’re wrangling over who gets medical coverage and who can afford it and what happens if they can’t. Our out-of-pocket medical costs are pretty much limited to paying for appointments we fail to cancel in time.

Americans used to laugh at our socialized medicine. Now many realize that being without it isn’t at all funny.

Mostly, though, they thought we were, well, kind of country bumpkins—innocent gentle folk, friendly to a fault, not very enterprising, kind but not cunning enough to be really successful.

Now, every one of our national stereotypes is being celebrated by Americans.

Come From Away, the Canadian musical that’s overtaken Hamilton as the hot ticket on Broadway, is the story of how Gander welcomed, housed and fed thousands of Americans whose flights were diverted to Newfoundland on 9/11.

The New York Times called it “a big bear hug of a musical.”

Prime Minister Justin Trudeau—another source of American envy; he’s the anti-Trump, a feminist and a sex symbol—slyly invited Ivanka Trump to accompany him to the show that celebrates inclusiveness and the Golden Rule. Who said Canadians can’t be cunning?

All this admiration and envy is a little unnerving. We’re more comfortable with being overlooked and underwhelming.

Canadians used to view America—its vitality, retail treasures, the allure of California, New York and Florida—like kids looking through the glass of a candy store.