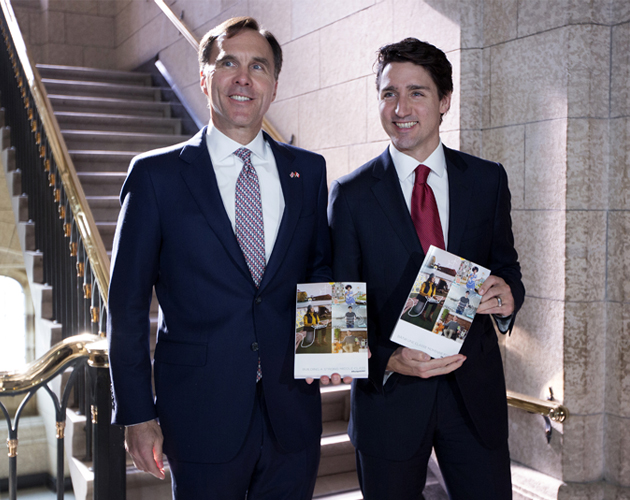 Caregivers, those in need of affordable housing, older workers and unemployed workers were the big winners in the Liberal’s 2017 Federal Budget, which was tabled in the House of Commons last week.

As Budgets go, this one was a lot of talk but not much of it backed up by spending, perhaps because the economy remains stalled and there’s a distinct lack of revenue.

But, as always, there were a few headline-grabbing measures, including:

It’s obvious that Finance Minister Bill Morneau—who said his second Budget was aimed at “everyday folks” who “work hard to provide for their families” – has been instructed by Prime Minister Justin Trudeau not to worry about spending. The Liberals are projecting a $28 billion shortfall, dwarfing the $10 billion that the Liberals promised in their election campaign. Don’t say Stephen Harper didn’t warn you.

Among the budget items that will interest older Canadians:

Although generally pleased with the spending measures for older Canadians, CARP‘s Wanda Morris felt the Liberals didn’t go far enough. “We’re disappointed that the new Canadian Caregiver Credit continues to be non-refundable—that is, only available to offset taxes otherwise payable—so there is no relief for the poorest caregivers or those who give up all paid work to care for loved ones.”